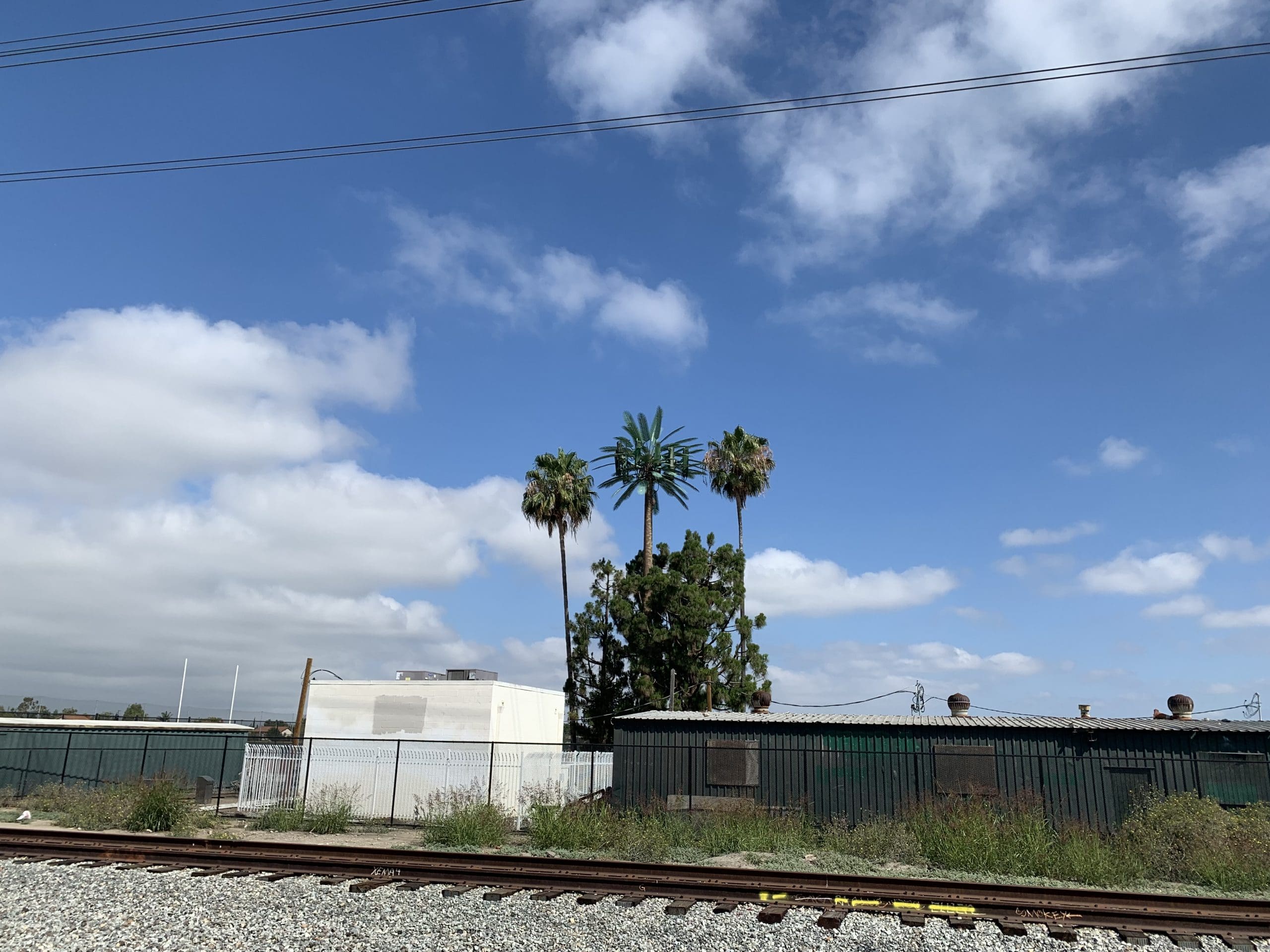 It's raging in California right now electioneering. I didn't look at downtown Los Angeles, San Diego or San Francisco this time, but I did look at a few downtowns of cities with around 300 inhabitants.

Even if the main opponents face each other more and more implacably and current events like a rampage less than 200 meters away from me, murders in schools, hospitals or at a judge's home offer more conflict than usual for the election campaign, the election campaign here is very civilized.

What I particularly like about it are the posters. First, the posters are very colorful and quite small by our standards. And secondly, with the permission of the owners (!), these are set up in front of the shops, companies and especially in the front gardens of the houses.

This gives billposting a completely different status than it does here! The candidate or his helpers have to deal personally with the citizens and ask them for permission to advertise. And the citizens also show their colors and place the poster of their preferred candidate in their own garden or garage entrance.

And with very committed fellow citizens you will find a veritable forest of signs; this makes the walks during election campaigns even more enjoyable and also reveals many new insights about one's own neighborhood.

Another good thing is that more and more election posters say who paid for them, and in California, obviously, those aren't the taxpayers.

Even in countries where you don't expect it, people value the expansion of their own infrastructure. Even there, where the distances and the necessary effort are a lot greater than here in Europe.

So I once looked at a railway branch line, which obviously only serves as a feeder for the larger continental railway lines. Well maintained, you can always admire a train there. But what surprised me a bit is the fact that this railway line was also equipped with a modern internet connection - probably so that the train drivers don't get too bored with the distances to be covered.

In any case, however, an effort was made and the necessary transmission masts were not simply placed in the middle of nowhere. Attention to detail, simply irreplaceable!

I'm already in California, I even have an iPhone ready to shoot all the time in the world and then I didn't make the trip to Cupertino after all. Should I be worried about this?

Looking at my Twitter timeline for the past three days, I must have been one of the few who wasn't there. Which in turn explains the empty beaches.

In any case, it is admirable how Apple not only has many of their buyers hooked, but also how so-called influencers — with and without Apple products — advertise unrestrainedly and free of charge for what is probably one of the largest companies in the world.

This can probably only be surpassed by those “victims” who, even in Heilbronn, carry the plastic cups of a completely overpriced and absolutely terrible coffee through the city. The distance to the local place of origin of this drink and the thin walls of the containers also suggest that this drink is best, if at all, only served ice-cold.

Whatever the case, marketing is probably the be-all and end-all of any successful business these days, although I have to concede to Apple that they good products too launch. But whether these are so good that you stand in line for hours just to be one of the first to buy a new Apple product remains to be seen. But maybe I'm just poorly informed and the first hundred get them for free.

Which in turn leads me to the question of why there is no Apple Store in Heilbronn? But maybe we Heilbronners vehemently insist on actually getting these products as gifts in the store? Or do we just touch everything there, ask stupid questions and then have the desired product sent home from the online shop? Again, that would make sense.

I recommend Heilbronn's advertising runners for all kinds of coffee products to sit down in one of Heilbronn's many cafés, dangle their feet for a while and enjoy a freshly brewed or otherwise prepared coffee.