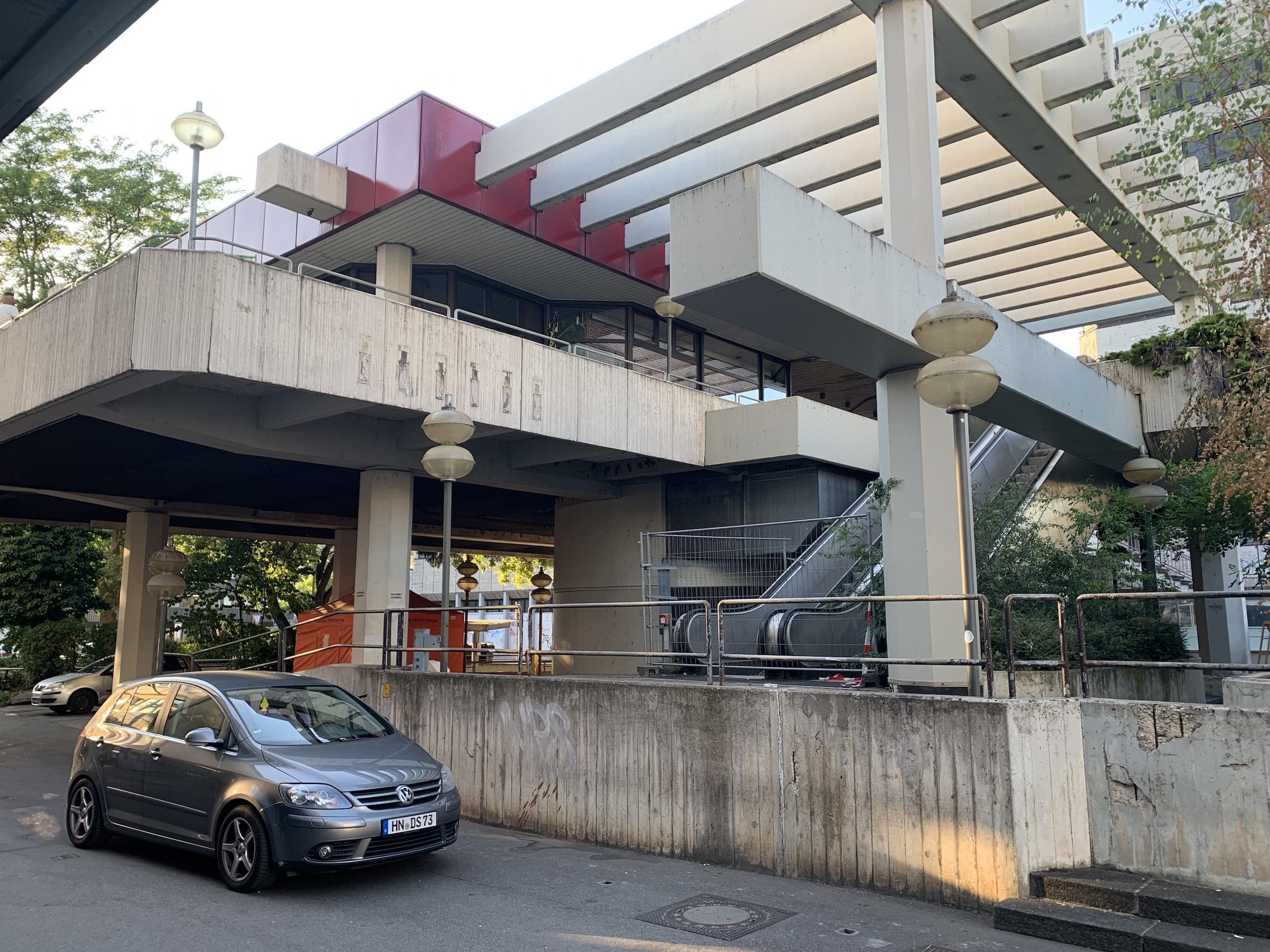 We not only have our problems with the BUGA bridge in Heilbronn, but also with bridges that we haven't (or haven't been able to) use for more than ten years and that are just standing around to this day. A good example of this is the Wollhaus Bridge.

I remember very well when the Wollhaus opened and the bridge was a very handy way to get to what was then MacDonalds. But probably most of them, like me, used the shortcut and the more natural route via the bus station.

This is obviously also the reason why the bridge then very quickly just stood there and was only of interest to a small part of the people of Heilbronn. By the way, even in kindergarten you learn to build paths where people move - the Roman road is a good example of this. And if you want to change the directions of movement that have occurred, then you also have to work with locks — both of which were ignored when planning the Wollhaus.

The bridge has not been available to anyone since 2012 and should already have been demolished; In contrast to the rest of Wollhaus, nobody stands in the way of the city administration — but what are ten years in the eyes of the local administration staff. A project is only a project if it still secures employment for one's own great-grandchildren and the corresponding files are simply inherited from one generation to the next.

My current favorite example is this tower road, my own grandchildren will probably still be able to watch experts, consultants, administrative staff and event specialists smearing paint on the floor.

And so the Wollhausbrücke will probably continue to stand around, probably still, even if the Wollhaus has long since been put to another municipal use - but then probably as a Heilbronn cultural monument.

If my blog is already attracting so much attention, then it is definitely a good idea to advertise the 6th Hertenstein Talks there as well. I am particularly pleased that European federalists are once again taking part, either accompanying these talks right from the start or getting involved as moderators very early on.

In addition to the two deputy district chairmen dr Vassilios Vadokas and Leonard Reinwald of EUROPA-UNION Heilbronn and the other board member Michael George Link MdB are also my better half and state director of the EUROPA-UNION Baden-Württemberg Bettina Kummerle and the Vice President of the State Florian Ziegenbalg as well as from Heidelberg Prof. Dr. Walther Heipertz with you again.

And if everything goes well, the Secretary General of the EUROPA-UNION Germany will be there too Christian Moss on board again. A new addition this time is the UEF board member and president of the Société européenne de défense John Marsia from Belgium. But I'm particularly pleased that "Hertensteiner" from the Ruhr area especially because of the Hertenstein talks will come to Heilbronn. And if things continue to go so well, then on Saturday, September 17, 2022, we will be able to welcome even more guests from near and far to the Meanwhile 6. Hertenstein Talks greet.

As a resident of Heilbronn, I am particularly pleased that a high-quality European event was able to establish itself in my hometown very quietly and secretly without any great fanfare and without large subsidies or even donations. If more of my fellow Heilbronners could decide to take advantage of this offer, then a little dream would have come true for me.