All European federalists and those interested in Europe can take part in the Hertenstein Talks, which have been held annually since 2017. These take place in September in Heilbronn or as virtual discussions using appropriate video software.

History of the Hertenstein Talks

After lengthy internal discussions about the implementation and, above all, about its financing, it was decided on January 8, 2017 that this would first take place in Heilbronn and then be relocated to Hertenstein itself in the medium to long term.

It quickly became clear to everyone involved that the Hertenstein Talks should not remain a local event, but must become a pan-European project.

Everyone also agreed that the first implementation must come from the initiator in order to promote its realization.

It was already recognized during the first discussions during the Hertenstein Talks in 2017 that in the future more topics will have to be added to the three given ones.

And so the Hertenstein Talks developed into a discussion forum that now claims to cover all relevant topics related to Europe.

Idea of ​​the Hertenstein Talks

The Hertenstein Talks are designed in a first series of talks for a total of 12 rounds of talks, whereby during the first ten rounds (1st to 10th Hertenstein Talks) topics, all of which are derived from the twelve points of the Hertenstein Program of September 21, 1946, continuously - - also by the respective discussion participants themselves and this with a view to the following year -- expanded or specified according to the current and further changing needs and questions of the participants.

With this declaration, the second series of talks should then also be initiated, which will then perhaps even gather federalists from all corners of Europe and the rest of the world again in Hertenstein itself.

The course of the Hertenstein talks

New topics are already being suggested during the ongoing Hertenstein talks, and further topics arise during the preparation of the minutes. When preparing for the following discussions, the next topics are then determined together with the moderators.

The moderators prepare the content of the topics. Some topics are also ideally prepared by two moderators and moderated together during the discussions.

The moderators present and introduce the topics. Afterwards, the participants absorb the ideas and suggestions to discuss the presented topic within three hours. In the two virtual rounds of talks (2020 and 2021) we reduced the respective rounds of talks to a 90-minute time limit for technical reasons alone, which, however, could not be adhered to.

Each participant in the discussion can also bring in their own statements, which are either incorporated into the minutes at the same time or attached to the minutes later.

Here you will find the topics of conversation

Here you can find out more about the moderators of the Hertenstein Talks.

Hertenstein is the most famous part of the municipality of Weggis on Lake Lucerne in the Swiss canton of Lucerne. On September 21, 1946, that was there Hertenstein program adopted.

Heilbronn is a large city in northern Baden-Württemberg and has hosted the current Hertenstein Talks since 2017.

To get a quick overview of the Hertenstein Talks, you can also click on the corresponding Wikipedia entry fall back on. 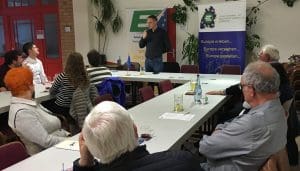 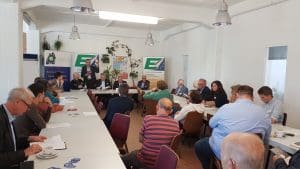 Discussion group of the Hertenstein Talks 2018 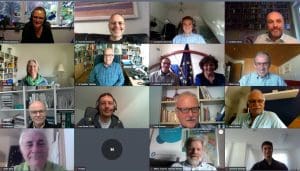 5. Hertensteiner discussions with the GoToMeeting software 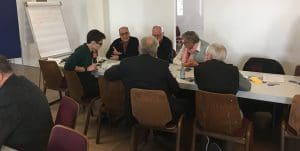 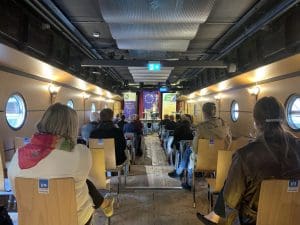 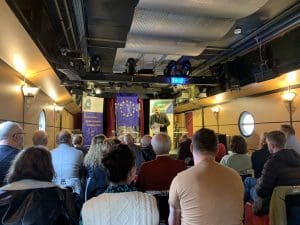 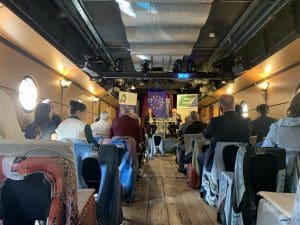 4th Round Table 2022 with Jean Marsia 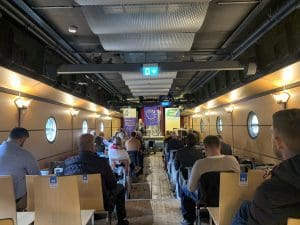