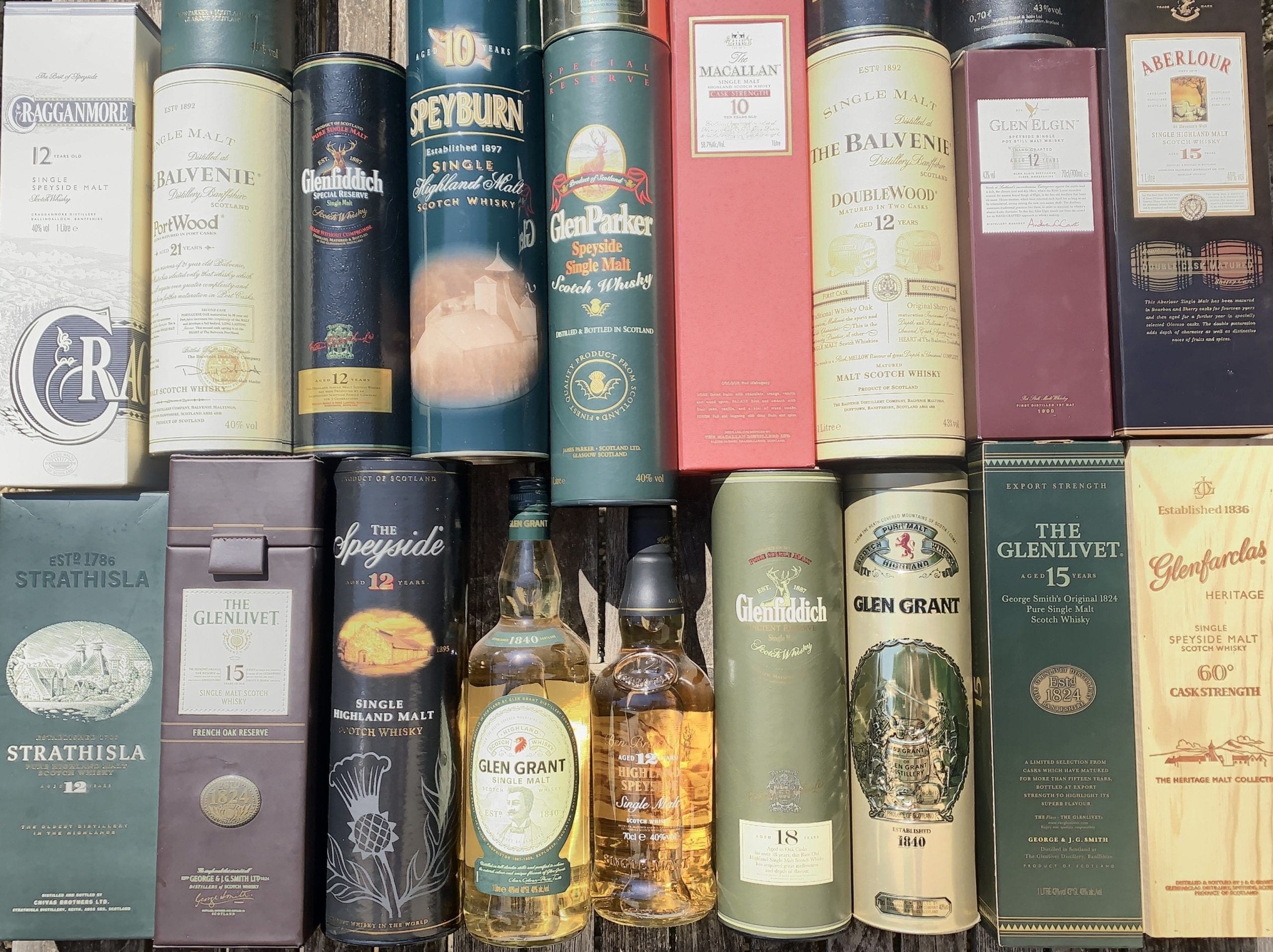 With well over 60 distilleries and thus probably half of all single malt distilleries in Scotland, a single malt connoisseur can hardly avoid Speyside. Developed along the River Spey, the Speyside whiskey region is the ancestral home of whiskey production in Scotland. Probably the best-known single malts are Speyside malts, including the Glenfiddich (1886), the Glenlivet (1824), the Glenfarclas (1836) and one of my very personal favorites, the Macallan (1824), which I have been drinking very regularly since 1990 and which was also part of the basic range on the occasion of my 50th birthday.

Many of the Speyside distilleries are only a few kilometers apart, some in the immediate vicinity, e.g. B. in the towns of Dufftown, Elgin and Rothes. So it happens that they not only often share the water, but also use the same barley. In addition, the warehouses are in the same area. The main difference lies in the production and use of the casks for storing the single malt.

This is probably why it is often claimed that these whiskeys have similar characteristics. You can get your own picture of this very well, because the Malt Whiskey Trail runs through Speyside and has become a well-travelled tourist attraction, linking eight of the better known distilleries plus a cooperage.

For more hype is probably lately but Joanne K. Rowling be responsible, since the magic school Hogwarts is said to be near Dufftown, in which is known Harry Potter was trained. With all the whiskey scents in the air, that shouldn't come as a surprise.

Those Scotch whiskeys are referred to as single malt, which fulfill two conditions: firstly, they come from a single distillery (distillery) in the said whiskey regions and are not a blend of several types of whiskey (Blended scotch). Secondly, only malted barley (malt) is used as grain, so no grain whiskey is added later.

The barley used has little influence on the character of a whisky, so it can come from anywhere. Nevertheless, some distilleries advertise that they only use Scottish barley. However, the brewing water used usually comes from the immediate vicinity of the respective distillery.

The addition "single" is to be understood as a predicate, since the so-called whiskey is usually produced in a particularly high quality. Added to this is their longer storage time over the three obligatory years. Originally twelve and more years old, but now 8 and 10 year old single malt can also be found.

However, a single malt can certainly be a mixture of several casks from the same distillery, for example to achieve a taste and smell that is as consistent as possible. The age statement then refers to the youngest used cask of the mixture. This is where these single malts differ from those I have in a previous post mentioned.

In contrast to a blended Scotch, which can be reproduced in smell and taste for decades, a single malt has its own individual character, which is determined by the production, storage and, if necessary, mixing of several casks.

Before bottling, the single malt is usually reduced to drinking strength with brewing water, in accordance with the Scotch Whiskey Act 1988 and the Regulation No. 1576/89 However, whiskey must have an alcohol content of at least 40 percent by volume. However, bottles are also filled directly from the cask (cask strength), these then have up to 60 percent volume.

The single malt is diluted neat or with soft spring water, ideally with the appropriate brewing water, to the personal drinking strength and always drunk at room temperature in order to be able to perceive the very complex taste nuances.

Since there have been potent whiskey drinkers for decades who can only enjoy good single malt together with a cigar, there have also been whiskey brands especially for smokers. However, I still recommend drinking the single malt without cigarette, pipe or cigar smoke.