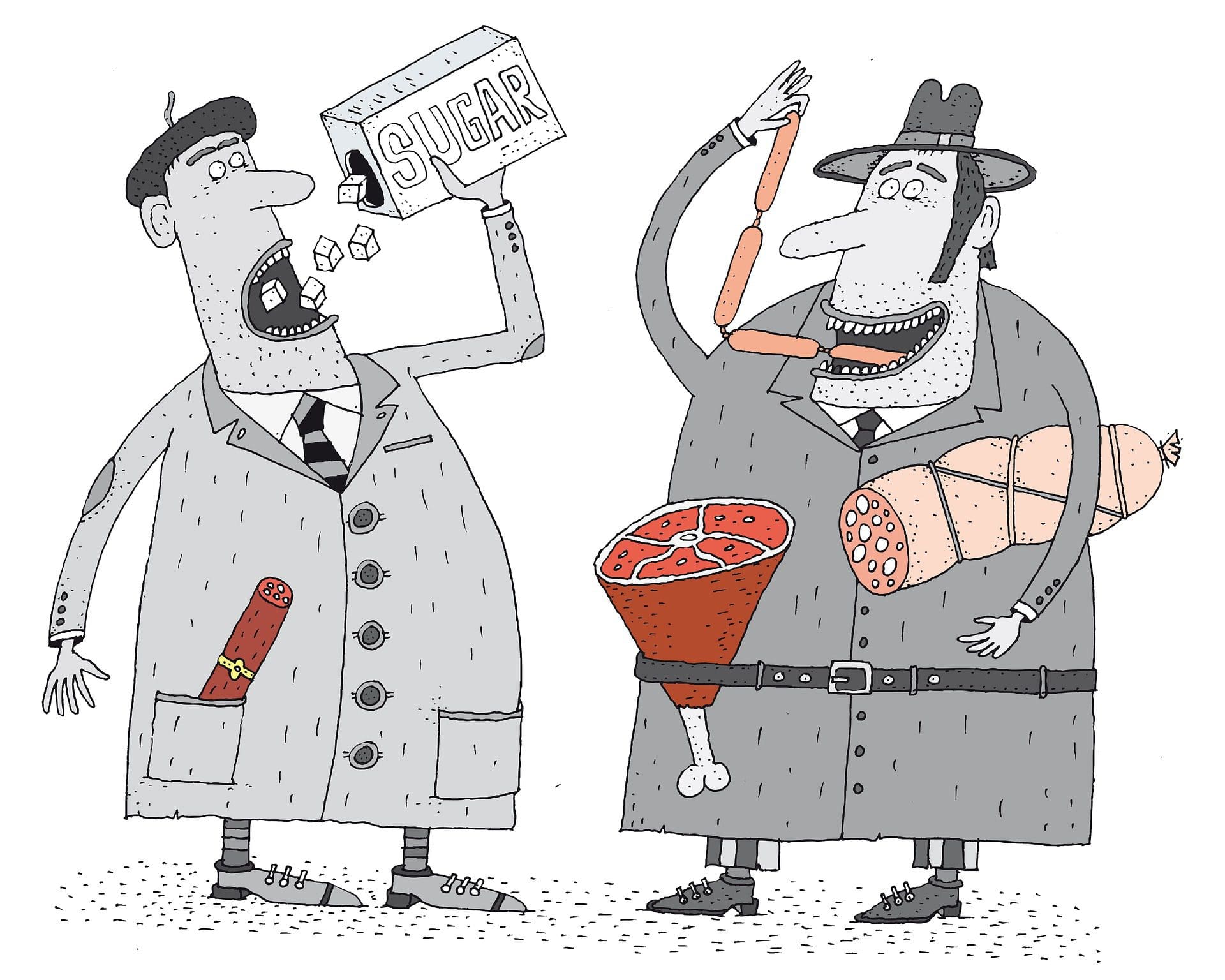 By that I don't mean the usual 5 kg belly of prosperity, which hardly anyone seems to be able to do without today, but those at least 20 kg overweight that are now being carried around by ever larger parts of our society. Whereby it is no longer uncommon for us humans to weigh three times their normal weight and parts of it belong more to the animal group of hippos or elephant seals.

Hardly anyone would deny that our fat fellow citizens are quite an economic and social burden. However, it is one of the human rights, the seven Deadly sins and today no one becomes a pastor if he omits even one of the deadly sins. In plain English: everyone has the right to eat and drink until they burst!

However, especially today, when we are on the verge of “our” professional politicians imposing further restrictions on all of us, we have to ask ourselves whether it would not be better for us as a society to start with those fellow citizens who actually have the problem represent. If the obese carry around 20 kg of pure fat on average and we have to assume that conservative calculations are already 20 million such specimens, then we are talking about 400 tons of superfluous fat here in Germany alone, which is only produced once and then has to be entertained.

If we mine those 400 tons over the next 000 years — e.g. B. through appropriate diet plans - we in Germany will massively improve our environment and, thanks to the savings to be achieved, will be able to do without some future patronizing. In order not to be misunderstood, I am not propagating eating bans here, but building on incentives and this includes taxes and levies, as well as adapted insurance policies.

In addition, I am firmly convinced that this problem could also be gotten under control with more education, which leads me back to the fact that not only "precarious" children are given extra education, but above all and especially their parents' lifelong education Learning must be made compulsory — incentives could also be set for this.

This morning I was allowed to sail through the northern district again with the meseno bus. This is slowly becoming a pleasant repetition in my normal daily routine. And soon the reading will continue again; I'm curious to see whether we'll finish reading "our" book by the end of the school year. In any case, I learned quite a few new things myself while reading this, which shows me once again how quickly new research results can be achieved.

And so it will probably only be the little multiplication table, which was valid during my school days and is still valid today. In any case, reading aloud clearly shows that lifelong learning is an imperative for everyone. And those who are no longer willing to learn new things should rather get in the box right away. He saves himself and others a lot of grief and worry.

Oh, yes, even my tour with the meseno bus always brings new insights and so I can also testify here that an honorary commitment and, in this case, a voluntary service is one of those occupations that make one's own humanity possible in the first place — everyone else is actually just zombies.

I was able to relax and enjoy two game nights at the weekend. This time it was the settlers of Catan who cast a spell over us again. In these games, however, we used wooden figures again, which I simply find better than the plastic version.

In any case, it's the game nights that make life even more worth living than it already is. And so I just assume that such game nights were already used as a very pleasant pastime by prehistoric people. And if you want to get a little closer to your fellow human beings, this is a very good opportunity to get to know them better. And if you want, you can also gain added value from such encounters - but only if you want to.