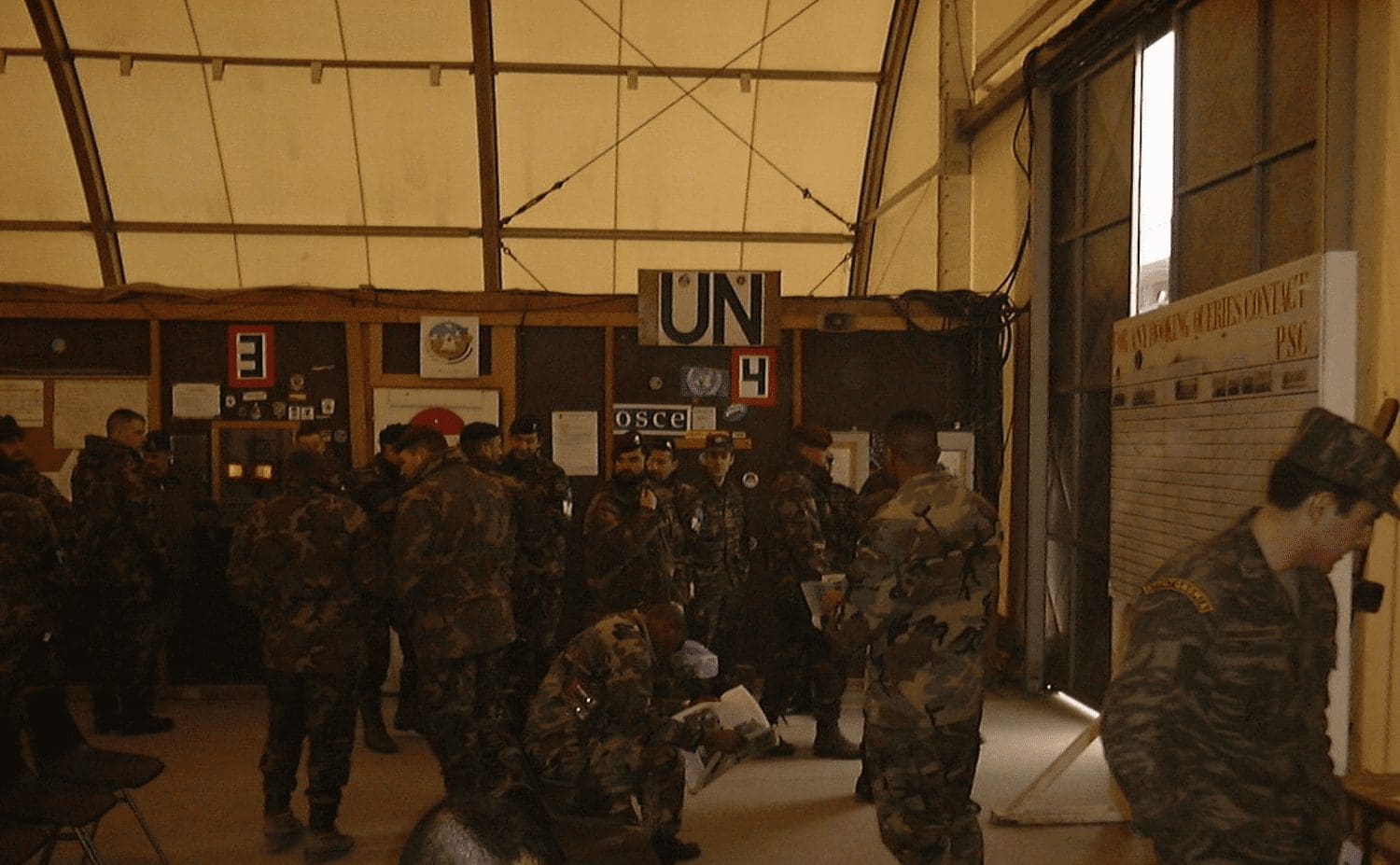 I've always loved singing, and I'd much rather sing completely off-key — I'm a natural at this point. And so there was no question for me that I also volunteered for the school choir. Which didn't do me any harm, because when the music teacher recognized my singing qualities, we made a deal, as they say today: I stopped coming to the choir meetings and I never got a worse grade than a three in music. The deal lasted until I graduated from high school, which should be enough proof of my singing qualities.

Then, as a soldier, I rediscovered choral singing, and this time the beauty of it was that the singing only had to be loud and nobody bothered about the rest, at least for the first few years. And if you were still reasonably sure of the text, all the better. By the way, nobody, really nobody was bothered by the content of the songs and hardly any of the soldiers even cared about it. It was always the same songs, some of which had been sung for well over a hundred years. And so every battalion probably had one or two songs that every soldier had to be able to sing, and I suspected even then that it was precisely those songs that the oldest sergeants knew the lyrics to, at least a verse of it.

It was characteristic of my singing qualities when one day the shop steward from my platoon came to me and assured me that they really wanted to do everything with and for me, but only had one wish, namely that I no longer sing along. That was it then finally with my singing art and the coming decades I just hummed along.

Then one day we got to know an excellent opera singer who was also firmly convinced that everyone could sing. When we became friends and we all knew each other better, she changed her professional opinion: everyone can sing, except for Heinrich.

And so it was a very special pleasure for me when I was able to get to know the gentlemen of the Coro del Grappa better and better, because they were so charming and made me sing along again and again, with the strongest singer right next to me making sure that my tones drowned in the chorus. The singers took it with humor when one of my tones got through to the audience, and at first they even tried to help me with a tip or two - in vain, of course.

Just now, and this is also the reason for this post, I heard my eldest child sing a soldier's song, which now reminds me of my own favorite song. I don't know whether it's banned in the meantime, and as I said before, the text usually didn't matter anyway.

It's so nice to be a soldier

It's so nice to be a soldier, Rosemarie,
Not every day brings sunshine, Roesemarie,
But you, you are my talisman, Rosemarie,
You're ahead of me in everything, Rosemarie.

Two years have passed so quickly, Rosemarie,
And when I'm with you again, Rosemarie,
Then I kiss you and tell you, Rosemarie,
From now on, honey, you're mine, Rosemarie.

In order not to get any false notes in this blog post — which would probably be me — I would like to point out that the last two songs, which I sang with full fervor, are “Va, pensiero” (Giuseppe Verdi) and on the other hand "Bella ciao", the anthem of recognition of the Italian resistance.

And I've always been able to identify better with the content of these two songs, but I'm also happy to state that both are less suitable for marching, and that's what ultimately matters when it comes to soldiers' songs.

By the way, my train comrades at the time liked my American soldiers' songs much better, the lyrics were also much simpler and the content was very easy to understand - although in English - and today they still make every rapper the purest milk boy. These songs were so good that from today's perspective I refrain from presenting them here.

Because some things can only be understood if you look at them in their own temporal context. Unfortunately, very few are able to do this.