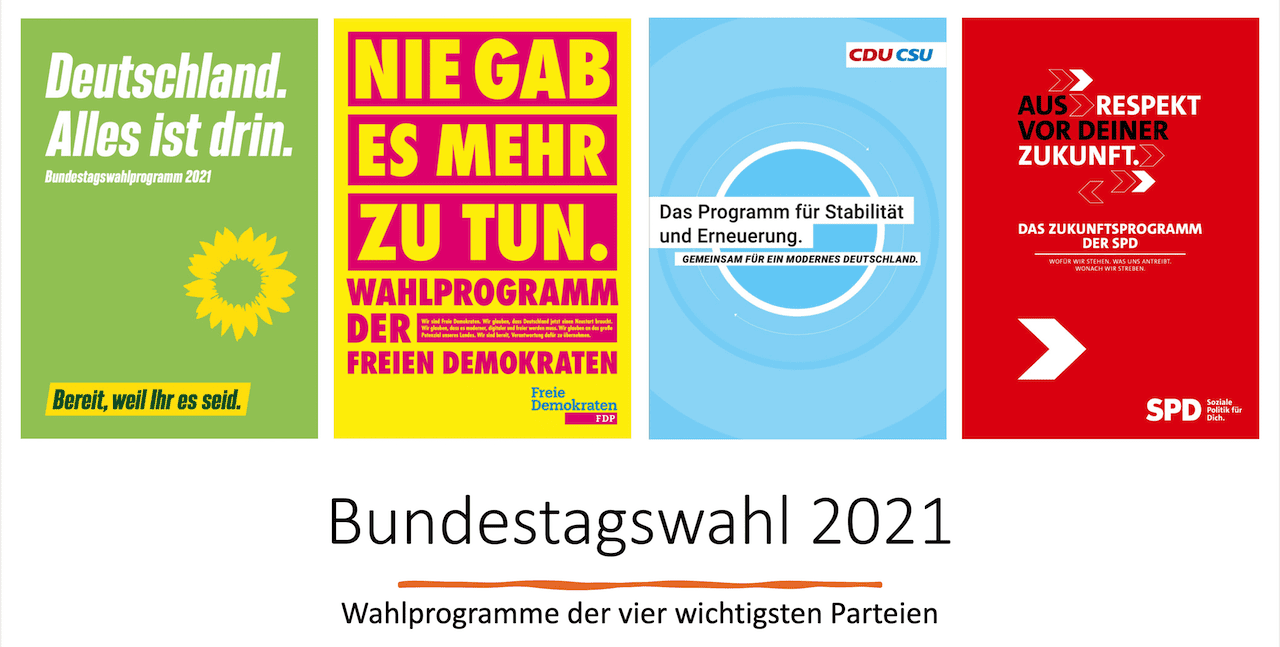 In contrast to this are the respective election programs that the parties publish before the elections. In it, they announce what they want to achieve in the coming legislature or what their initial demands are for corresponding coalition negotiations. An election program is therefore usually decided shortly before an election and is intended to be used as a guideline for one's own party members for the election campaign and as advertising for potential voters.

And if the respective election programs are becoming increasingly difficult to reconcile with the principles of a party, it can happen that the corresponding basic programs are revised.

I still remember well how the CDU gave itself its first basic program in 1978 after more than 30 years, which incidentally also contained a clear commitment to the United States of Europe. In 1994 and 2007, the CDU revised this and thus repeatedly adapted itself to the circumstances and the current attitudes of its members. The changes that have been made on the subject of Europe are interesting for us federalists. Today, the CDU is very cautious and very non-binding under point VIII of its basic program "for the continuation of the integration of Europe" without failing to describe itself as the "German Europe Party". Incidentally, the CDU has been looking for a new policy since 2018, and we can assume that they will also find it in the opposition.

I remember the Freiburg theses of the FDP from 1971 even better, which were the basic program of my party at the time, to which I belonged until 1989. Incidentally, they replaced the Berlin program of 1957, but were more than supplemented by the Kiel program in 1977. Then came the Wiesbaden principles of 1997. The current FDP policy, which was decided in Karlsruhe, dates from 2012. It says: "At the end of this development there should be a European federal state legitimized by referendums in the member states."

Our second-oldest party still in existence today, the SPD — after the rudimentary Center Party — happily refers back to its Heidelberg program of September 18, 1925. There, under the heading 'International Politics' (page 65), you will find: "She [SPD] advocates the creation of a European economic unit, which has become imperative for economic reasons, for the formation of the United States of Europe, in order to achieve solidarity in the interests of the peoples of all continents."

The basic programs of the parties are still a good place to go to find out about a party's affinity for Europe. But if you want to know what a party intends to do with Europe in the next year or two, you have to look at the current election programs.

However, you shouldn't be surprised if a candidate from a party says something else during the election campaign, because the current sensitivities of your own electorate are the actual and really counting criterion - that's why we citizens should slowly but surely be aware of what for a Europe we actually want!

Then we will see how quickly the respective party programs will adapt in this regard. Because for us European federalists our democratic parties have all already made up their minds, by maintaining their membership in the European Movement and thereby at least agreeing to ever closer European cooperation, which will ultimately also lead to a European federal state — if we citizens don't change our minds during this process.