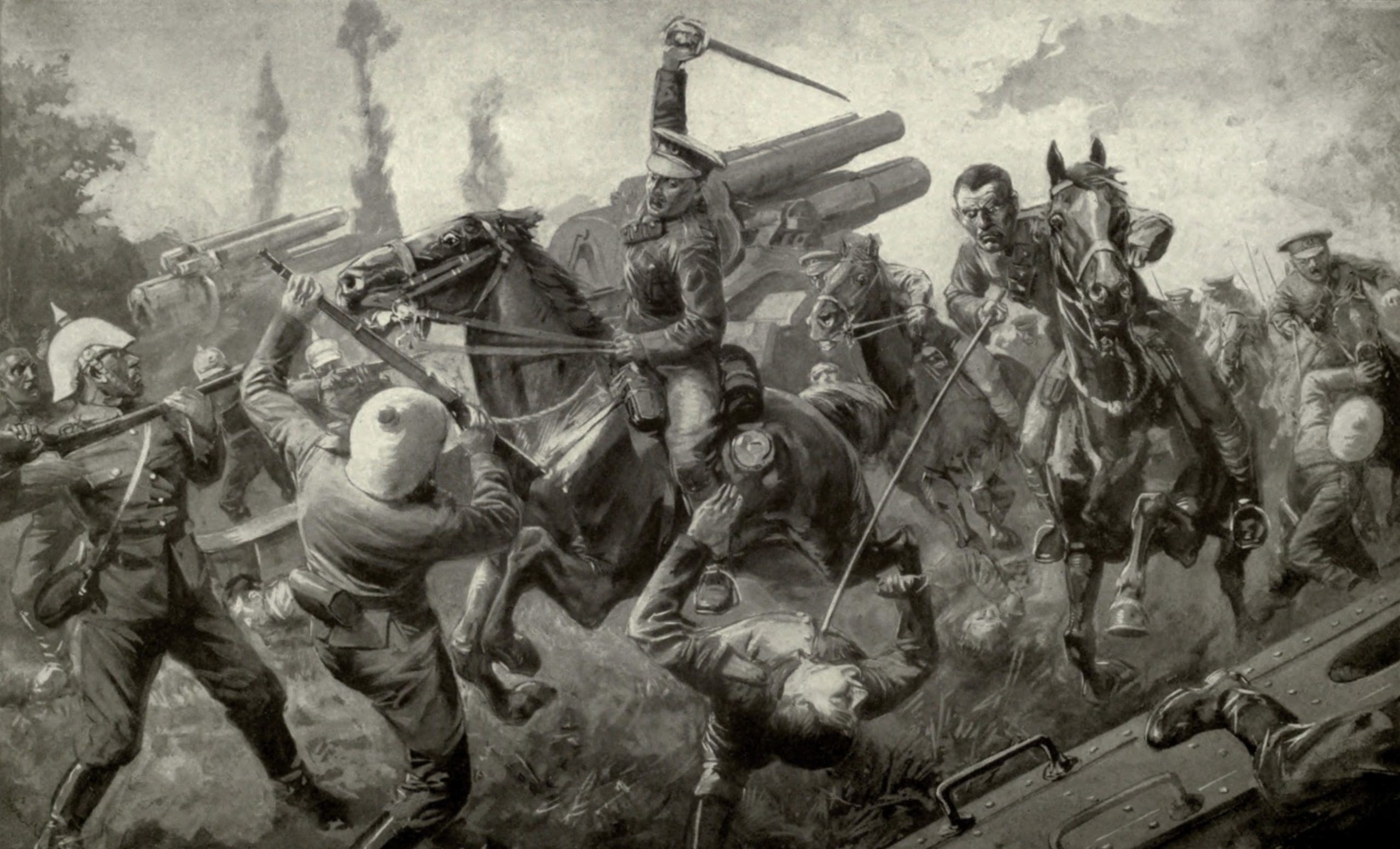 The Poetry Book "rhythm of the new Europe' still captivates me. This volume of poetry, which is still largely from Gerrit Engelke Containing poems he had compiled himself, was first published in 1921, about three years after his violent death by Cambrai. Edward Thomas, which I wrote in a contribution to a poem by Robert Frost (The road not taken) mentioned, fell a year earlier at Arras; as well as countless other innocent people, mostly men, who were senselessly slaughtered for our Europe.

Gerrit Engelkes poem "After a heavy dream“ I had already presented here in this weblog a few days ago, which prompted me to continue leafing through his volume of poetry. Engelke's rhythm of the new Europe won't let me go and forces me to have my own mental storms, which are fueled further into a firestorm by the European war (!) that is raging at the moment. Yes, our Europe as a whole is at war again and the rest of the world has to be very careful that we Europeans don't set the world on fire for the third time.

In fact, the new Europe of countless butchered, mostly very young people never found its own rhythm. Looking back, one has to recognize that the hope for a peaceful, free and democratic Europe was already buried in the trenches of the First World War. The last rebellion of young people who dreamed of a common future for Europe in a European federal state as a blueprint for a better world was literally bombed during the Second World War.

As we must see today, the last European efforts by the professing Europeans—that is, us—who survived the furor of the war were nothing more than flimsy flatulence. The really last Europeans will now probably fall victim to this latest European war. And those who still survive will probably only be able to belch about Europe - before our Europe finally fulfills its own destiny: "But it was all right, everything was all right, the struggle was finished. Europe had won the victory over itself. It loved Big Brother."

And this war has not only raged in the Ukraine from the start - only the murder and slaughter there can no longer be overlooked after years of looking the other way. The war is now already being waged in our parliaments across Europe, on the streets, in homes and last but not least in all the media. And its outcome is still completely uncertain, even though I have already expressed my fears here!

In addition to the two world wars we have already fought - let's leave the Cold War aside - for which we Germans are largely to blame, there is now this third war, and this time we Germans even managed to be represented on both sides in this war . We probably want to be on the winning side this time! And we Germans obviously don't care who wins!

In any case, we can clear up two myths of humanity in this European war, that of war guilt and that of emancipation.

As the saying goes: "Old men make war, young men fight and die." (This quote is often used Winston Churchill attributed). Today we know better and can even experience it live on YouTube: slackers make war and innocent people die!

And the next war will again be caused by shirkers, deserters and screaming women. The last Europeans will have looked at the daisies from below for a long time or, as the Eastern Europeans put it so flowery, will have provided for wonderful sunflowers.

Up! from ditches, clay caves, concrete cellars, quarries!
Get out of mud and embers, lime dust and carrion smells!
Come on! Comrades! Because from front to front, from field to field
Come the new holiday of the world to you all!
Steel helmets off, caps, kepis! and away the guns!
Enough of the blood-bathed enmity and murderous honor!
I conjure you all by your native hamlets and towns,
Soiling, weeding, the dreadful seed of hate
Implore you by your love for sister, for mother, for child,
Which alone makes your scarred heart sing.
By your love for your wife – I too love a woman!
By your love for your mother – I too was carried in a womb!
By your love for children - because I love the little ones!
And the houses are full of cursing, praying, crying!

Did you lie by Ypres, the shattered one? I lay there too.
With Mihiel, the stunted one? I've been to this place.
Dixmuide, the flooded one? I lay in front of your forehead
In hell's gorges of Verdun, like you in smoke and clink,
With you in the snow before Dünaburg, freezing, more and more gloomy,
I lay opposite you on the corpse-eating Somme.
I lay across from you everywhere, but you didn't know it!
Enemy to enemy, man to man and body to body, warm and
close.

I was a soldier and a man and a doer of duty, just like you
Thirsty, sleepless, ill - always on the march and post.
Hourly overthrown, screamed at, steamed over by death,
Cramped every hour at home, beloved, birthplace
Like you and you and all of you. –
Tear on your skirt! Bare the bulge of the chest!
I see the graze of fifteen, the scabby crust,
And there on the forehead sewn slit from the storm at Tahüre -
But if you don't think I'm hypocrite, I'll repay you with the same fee:
I open my shirt: here is the multicolored scar on my arm!
The Brand of Battle! of jump and alarm,
A fond memory long after the war.
How proud we are of our wounds! proud of yours
But no more proud than I of mine.

You gave no better blood, and no redder strength,
And the same chopped sand drank our juice! –
Did the terrible crack of the grenade crush your brother?
Didn't your uncle, your cousin, your godfather die?
Isn't the bearded father buried in the hollow?
And your friend, your funny friend from school? –
Hermann and Fritz, my cousins, oozed blood,
And the helpful friend, the young man, the blond and good.
And at home his bed is waiting, and in the poor room
Since sixteen, since seventeen the sorrowful mother still.
Where is his cross and grave for us! –

French du, from Brest, Bordeaux, Garonne,
Ukrainian you, Cossack from the Urals, Dniester and Don,
Austrians, Bulgarians, Ottomans and Serbs,
All of you in the raging whirlpool of action and death -
You Briton from London, York, Manchester,
Soldier, comrade, in truth fellow man and best -
Americans, from the populous states of liberty:
Discard: special interest, national pride and duality!
If you were an honest enemy, you will become an honest friend.
Here is my hand, so that now, hand in hand, they bind themselves in a circle
And our new day find us real and human.

The world is big and beautiful and beautiful for you all!
come here amazed! after battle and moans of blood:
As green seas flow freely into horizons,
Like mornings, evenings gluten in pure clarity,
As mountains rise from the valleys,
How billions of beings tremble around us!
Oh, our greatest happiness is: Life! –

Oh, that brother should really call himself brother again!
That East and West recognize the same value:
That joy will again flash through the peoples:
And man to man to goodness heats up!

From front to front and field to field,
Let's sing the holiday of the new world!
From all breasts a tremor roared:
The psalm of peace, reconciliation, exaltation!
And the sea-rushing, steaming song
The ravishing, brother-embracing,
The wild and holy compassionate
Loud to the thousandfold love around all earths!