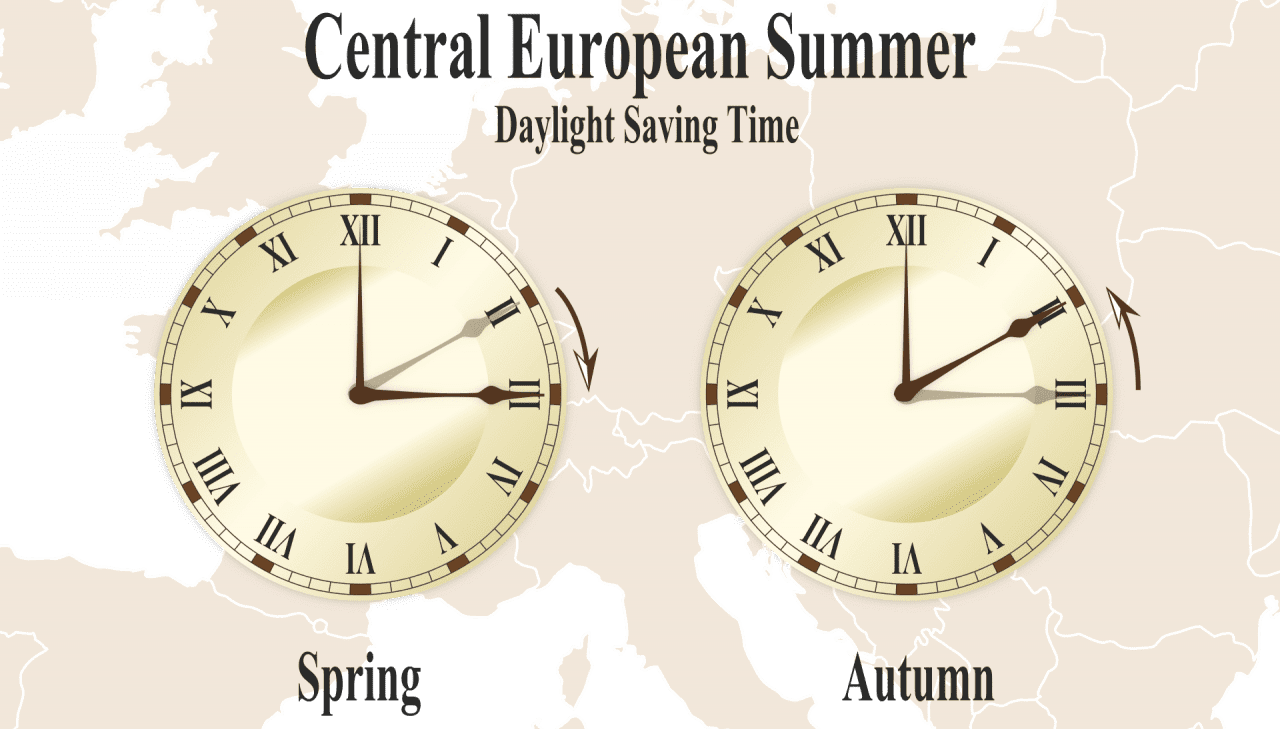 Today at 3 a.m. it was time again and the clocks were reset to the status quo by one hour. Now we are back in Germany in the time actually intended for our time zone. Needless to say, we humans divided the world into different time zones some time ago and that each place has its own local time, which shows 12.00:XNUMX p.m. exactly when the sun is at its zenith at noon; on some clocks, like the one in the Strasbourg Cathedral, you can take a closer look at it.

On April 1, 1893, Central European Time was set as the standard time for the entire German Reich. Coordinated Universal Time (UTC) was established in 1972 and our time zone, Central Europe, which is aligned with the 15th degree of longitude, has one hour more, ergo UTC+1.

The main criterion of this classification is that a country uses the time zone in which the main part of the country is located. Probably for political reasons, the Central European time zone was extended to Spain, which has a not inconsiderable impact on the daily routine for the local people.

Coordinated world time has great advantages for certain applications, projects and undertakings, such as telecommunications, maritime and aerospace, or even military exercises and operations, but it has its limits when it comes to humans and animals.

In addition to the politically motivated expansion of time zones in order to be able to better link states with one another, attempts were made, especially in times of crisis and war, to generate economic advantages by introducing daylight saving time.

Probably due to the oil crisis in 1973, summer time only came back in some European countries, which then also applied to Germany from 1980. This was so interesting for me at the time that I and a friend waited at 2 a.m. in front of a public clock in Heilbronn until, as announced in advance, it would automatically change over and advance the minute hand to 3 a.m. every second.

Barely 40 years later, everyone should be aware that the desired advantages of summertime could not be achieved this time either. But one could have learned from the experiences of the previous experiments, which always came to the same conclusion after about four years.

So those who were allowed to experience the beginning of summertime can now hope to also be able to experience its final end; and who knows, maybe future generations will learn from our experiences in this regard.

The really interesting thing about the time change, however, is that our newscasters all apparently assume that those responsible for the time change will “stole” an hour in spring and then give it back in autumn. At the same time, we should all be aware again and again that no one, not even administrative staff, can neither give us nor credit us with time, only steal it. And unfortunately such time thieves can be found everywhere; although very many of us would have to admit that we ourselves are the real squanderers of our lifetime — carpe diem, and if that's not enough, we'd love to spend the night as well.

Incidentally, we humans can be measured by how we deal with our own time and that of our fellow citizens. So you can still get something positive out of a time change, namely if you take this opportunity aware of one's own impermanence — may this lead to a slightly different transition!