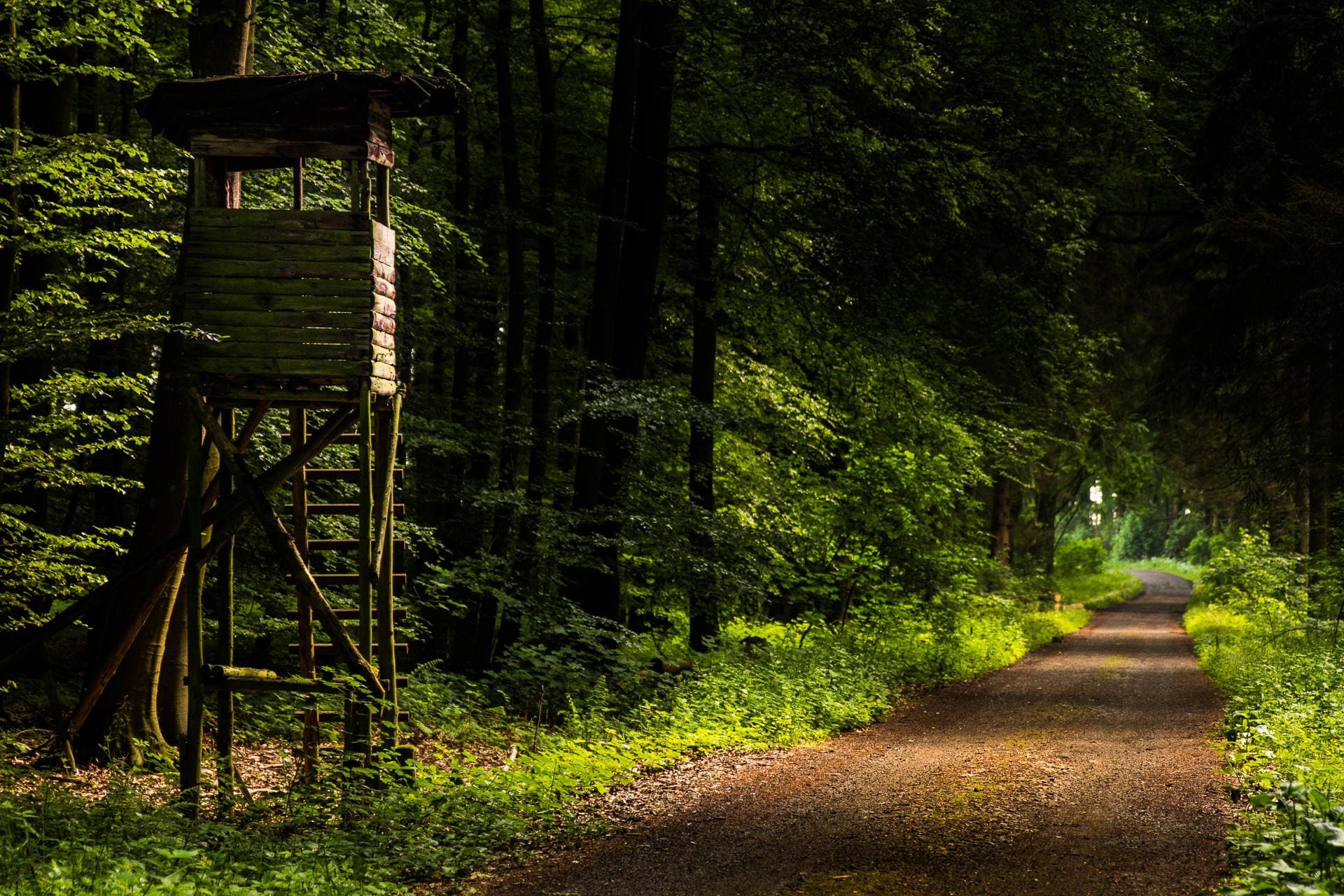 If I ever reminisce and think of soldiers' songs, then the Westerwald song should not be missing. Although it is not one of my personal favourites, it is probably the one I have sung the most and is certainly next to it Lili Marleen the most famous song in the world and also the most sung by all other soldiers.

For me, the Westerwald song became compulsory when I became a platoon commander at Jägerbataillon 532 in Euskirchen. Although we spent most of our time with troop tests of all kinds, which always failed gloriously, this never stopped the Federal Ministry from celebrating our failures as grandiose victories. And so, beyond the brigade, we got the aura of being a guarantee of success.

Since our battalion had long had a partnership with the Ardennes Jäger, who, at least in my time, had their own German company, it was a matter of course for us to take part in the Ardennes March every year. And to my surprise at the time, all my comrades, the Belgians, the French, the Dutch, the Canadians, the Americans and even the Swiss sang the Westerwald song; should I have forgotten a delegation, I hereby ask my comrades' forgiveness.

At that time, however, no other infantry marched as quickly and successfully as our deputation, and no one more beautiful than we did—admittedly, the French and the Americans knew the lyrics of the Westerwald song better.

Even if we had the aura of the invincible — thanks to the BMVg — we were able to build on a few other advantages over the other marchers. Our lieutenants were some of the most experienced Ardenne marchers, and we were always able to recruit new conscripts for whom this march was the culmination of their military service — at least that's what we sold them. The other infantries, on the other hand, reeled off this march along with many others and were therefore more experienced than our young soldiers, but also less motivated. In addition, our only real competition, namely the Americans, were handicapped even then. Although they kept trying to challenge us, even then they had to drag along female soldiers.

Also - but probably because of this - when they piggybacked their female leaders and all other female soldiers, they could only keep up with us for a few kilometers, then they had to come back completely exhausted.

And we used that handicap to our full advantage. After leaving the other marching orders behind, we went over to the open marching order and gathered just before the next town, where we improved our uniforms, combining the moleskin uniform with the blue service shirt and getting a pair of nails on the boots. And so prepared, we marched in a closed formation with the Westerwald song through the respective villages - the windows flew open regularly and, whether old or young, everyone enjoyed the spectacle.

After successfully reaching the stage destination, we then had to spend two hours as a guard of honor in one of the many military cemeteries before we went into the tents. Well supplied with paramedics during the night, we started again the following day and once again left all other delegations far behind.

Alas, when the Netherlands lost an important football game against Germany, there was even a little scuffle in our camp — which, however, a battalion commander ended very quickly.

And now to the Westerwald song

Today we want to march
Try a new march
In the beautiful Westerwald
Yes, the wind whistles so cold

Is the dancing over then?
There is mostly brawling
And the boy who doesn't like it
It is said that he has no guts

Liberty, Justice and Unity
Let's guard in gun clothing
If the opponent doesn't like it
Let's protect it in forest and field

The song is always sung together with whistles and the following calls: "Eucalyptus candy", "Great ladies' panties" or "Get the skewer off the bike". I suspect here that it was precisely these shouts and whistles that helped the song to its great success.