We remember that the Christmas market 2020 had to be canceled because our administration was too surprised by Christmas and therefore did not have time to even consider alternative options for the organization. I already had one on October 17, 2020 corresponding contribution written.

We also remember that at the beginning of the pandemic, some experts reported that a pandemic can rage on for three to four years, and that everyone agrees that well over 80 percent of the population must be immunized in order to fight a pandemic successfully, be it that they themselves have developed antibodies due to a corresponding course of the disease or an infection or are protected by relevant vaccinations.

From this summer at the latest, we all knew that the pandemic would still rage at Christmas and claim its victims, and we Heilbronners in particular knew that we, as the city and district population, were marching at the forefront of pandemic denial. I also wrote several times here in the weblog why this is the case. In any case, this has consequences and they can also be measured: by the way, yesterday's incidence in the city of Heilbronn was 585,2!

We all knew that there would be bottlenecks in the medical care of the population by Christmas at the latest and that it would hit us Heilbronn residents particularly hard. We all know that vaccinated people are not only less affected by a disease, but that the incidence is also significantly lower! That is why there is also a promise on the part of politicians - unfortunately we know what political promises are worth (!) - that those who have been vaccinated and those who have recovered will not be held in clan custody again.

And so I had to write again on October 20, 2021 about the Christmas market theme to write. The city administration rejected viable and functioning options to be able to organize a Christmas market in Heilbronn after all. I have to attest to the top management that this is done on purpose. The rationale behind it is simple and fits these pandemic deniers: if the unvaccinated are not allowed to have a Christmas market, then neither is everyone else!

That's why a Christmas market has now been set up, as if the pandemic were sitting on the beach in Mallorca at Christmas. And everyone had to take part, otherwise they would have lost their regular positions for the years to come. Everyone could smell this roast, and so I, as chairman of the association, moved “our Christmas party” from the log cabin on Kiliansplatz to a restaurant on the outskirts of town as early as October.

And since yesterday we all know from the voice of Heilbronn:

"The city leadership and Heilbronn Marketing GmbH have decided to cancel the market after intensive consideration and in coordination with the leaders of the municipal council."

An increasingly sad affair, which makes it clear to everyone that our Heilbronn administration no longer even administers, but at best still reacts and waits for decisions "from above", although I can no longer understand what both the top management and the municipal council are doing mean "from above"?

The HMG managing director Steffen Schoch tries to sneak out of responsibility as follows: "As organizers, we would have wished for a clear decision from the state government in good time." (voice.de, November 20, 2021, 14:45 p.m.).

A caller informed me that the mayor apparently informed all faction leaders about his decision on Saturday, and everyone praised him for it.

Driving things up the wall and then getting praise for it — a success story.

As I have just been informed, the above voice report is likely to be a false report, since at least one faction leader cannot remember that they were even asked about the facts.

“The municipal council has no say in the closing or opening of the Christmas market. That lies solely in the decision of the Lord Mayor and the specialist offices.” 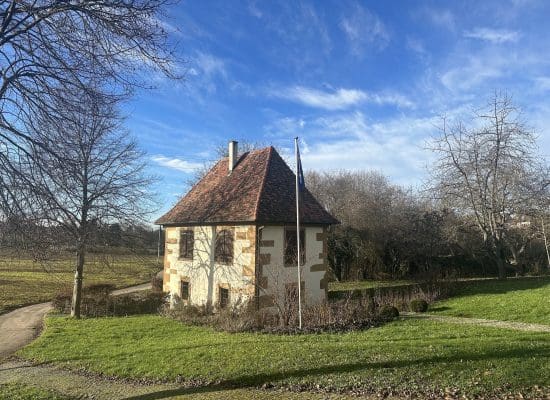