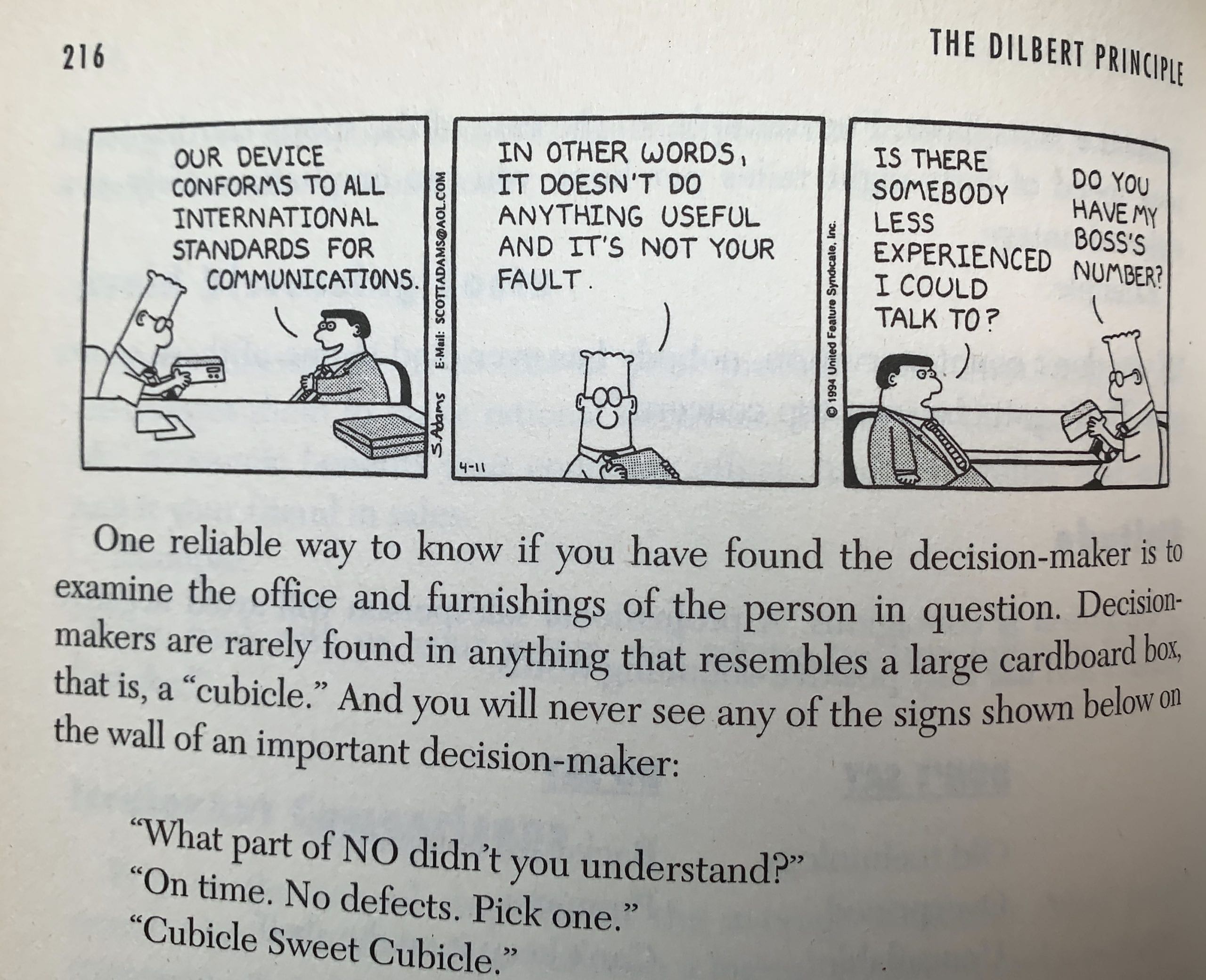 Scott Adams The first two books, 1996's The Dilbert Principle and 1997's follow-up, The Dilbert Future, remain among the best books ever written on management.

And if you don't want to delve into these books, you can still find many of his Dilbert Comics on the relevant website.

Scott Adams Philosophy is evident right from the first book.

"The most ineffective workers will be moved to the place where they can do the least damage - management."

To this day, Adams develops charming theories about our working world and Dilbert has now also got some helpers like Dogbert, Catbert or Ratbert, who, in addition to his boss and other employees, explain the whole thing even better.

For example, Dilbert's salary theorem states that engineers and scientists can never earn as much as managers or salespeople.

This is backed by simple math:
As every engineer knows: power = work / time.

Solving for money, we get:
Money = work / knowledge.

Thus, as knowledge approaches zero, money approaches infinity, regardless of the amount of work done.

Conclusion:
The less you know, the more you make.

Another classic in management literature is the Peter Principle Laurence J. Peter, which he along with Raymond Hull published in 1969.

In a nutshell, the Peter Principle is as follows:

"In a hierarchy every employee tends to rise to his level of incompetence."

Which ultimately leads to...

"In time, every post tends to be occupied by an employee who is incompetent to carry out its duties."

Scott Adams would probably lead, but always well paid for it. 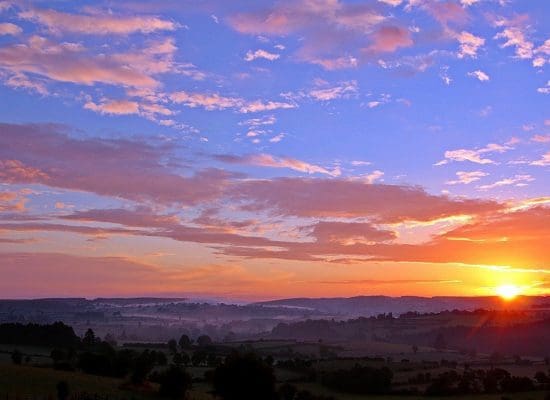 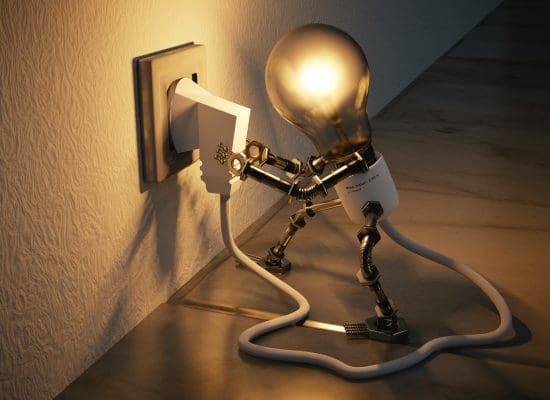 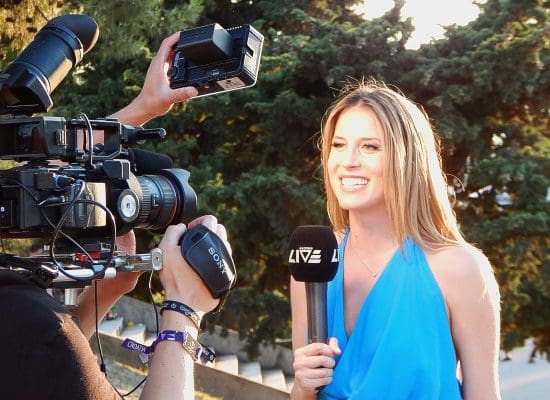 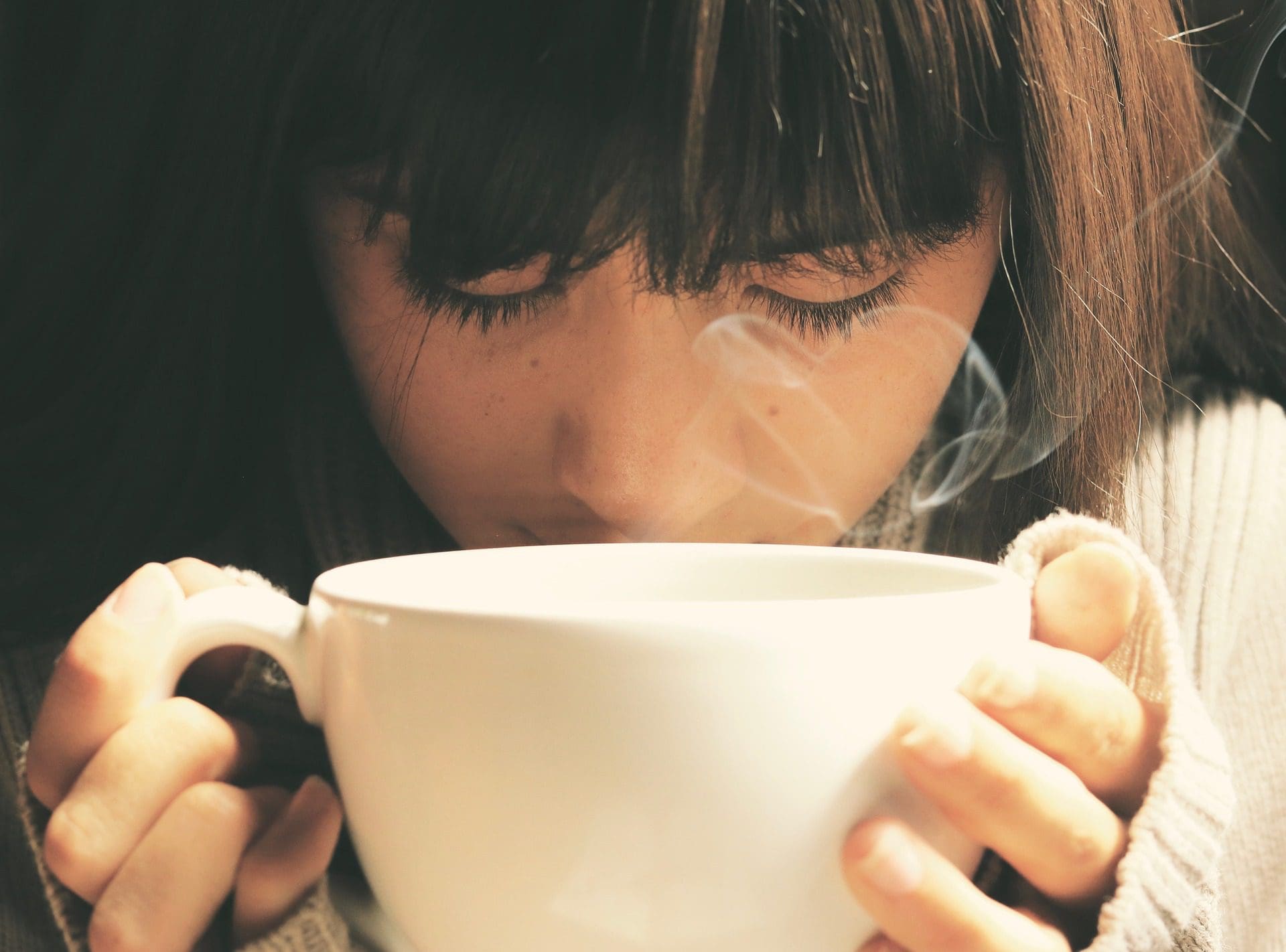