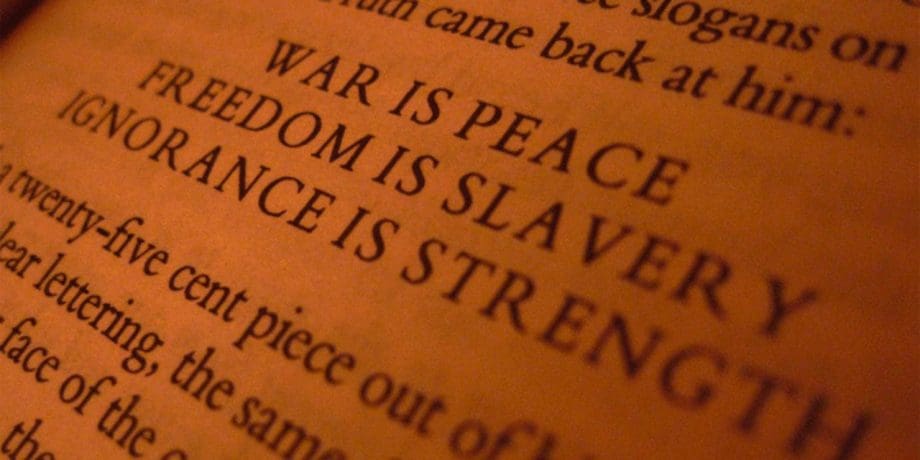 1949 was the "Newspeak" of George Orwell just a premonition of what is still to come for us humans. Even if Orwell's fears have only been accepted to a limited extent and not in all countries of the world, one has to admit that his Newspeak is becoming more and more important and its introduction in many languages ​​- especially German - is gaining momentum picks up The general affinity for everything totalitarian probably helps us Germans - that's why Newspeak is so sexy, especially among our youth!

Newspeak is now the name for language forms or linguistic changes that manipulate our languages ​​and deliberately change them in such a way that facts are hidden or purely ideological and thus the political goals of the supporters of Newspeak can be disguised. In addition, through proper language planning and language change prompted by politics, all linguistic possibilities of expression are to be restricted and ultimately freedom of thought is also to be abolished.

This development started with the language euphemisms, whereby the “cleaner” or the “Ministry of Defense” are still among the more tolerable changes, which actually serve purely to conceal the facts.

It got worse when they began to turn almost every unskilled worker into an assistant manager or, true to the motto of a popular party that is still well known today, "Education must not be an effort!", all educational qualifications were reduced to absurdity.

From there it was not far to further restrict the German language and the thinking associated with it through language bans - more precisely through the ban on using certain words in our language.

A number of children's books can no longer be read out loud until they have been linguistically adapted - and by that I don't mean the currently valid spelling.

In the meantime, even ordinary people are being downright criminalized simply because they stick to their mother tongue and traditional terminology or even social conventions.

The culmination of replacing our German completely with Newspeak is not that there are now only the infinitive, the nominative and the accusative, but that the grammatical gender of the nouns is now also eliminated.

What is funny about this is the justification that one wants to eradicate sexism, although this is also present in those languages ​​whose nouns have no grammatical gender; But this is also proof that the proponents of Newspeak are not concerned with the emancipation or empowerment of the citizens, but with precisely the opposite, namely to keep totalitarianism in its tracks by changing the language.

I would never have thought that as we move further and further away from 1984, we are also getting closer and closer to the same thing.

The George Orwell Eurasia and East Asia still had to serve as scapegoats to love the "Big Brother", with us the grammatical masculine is enough to clear the way for a whole new old world.