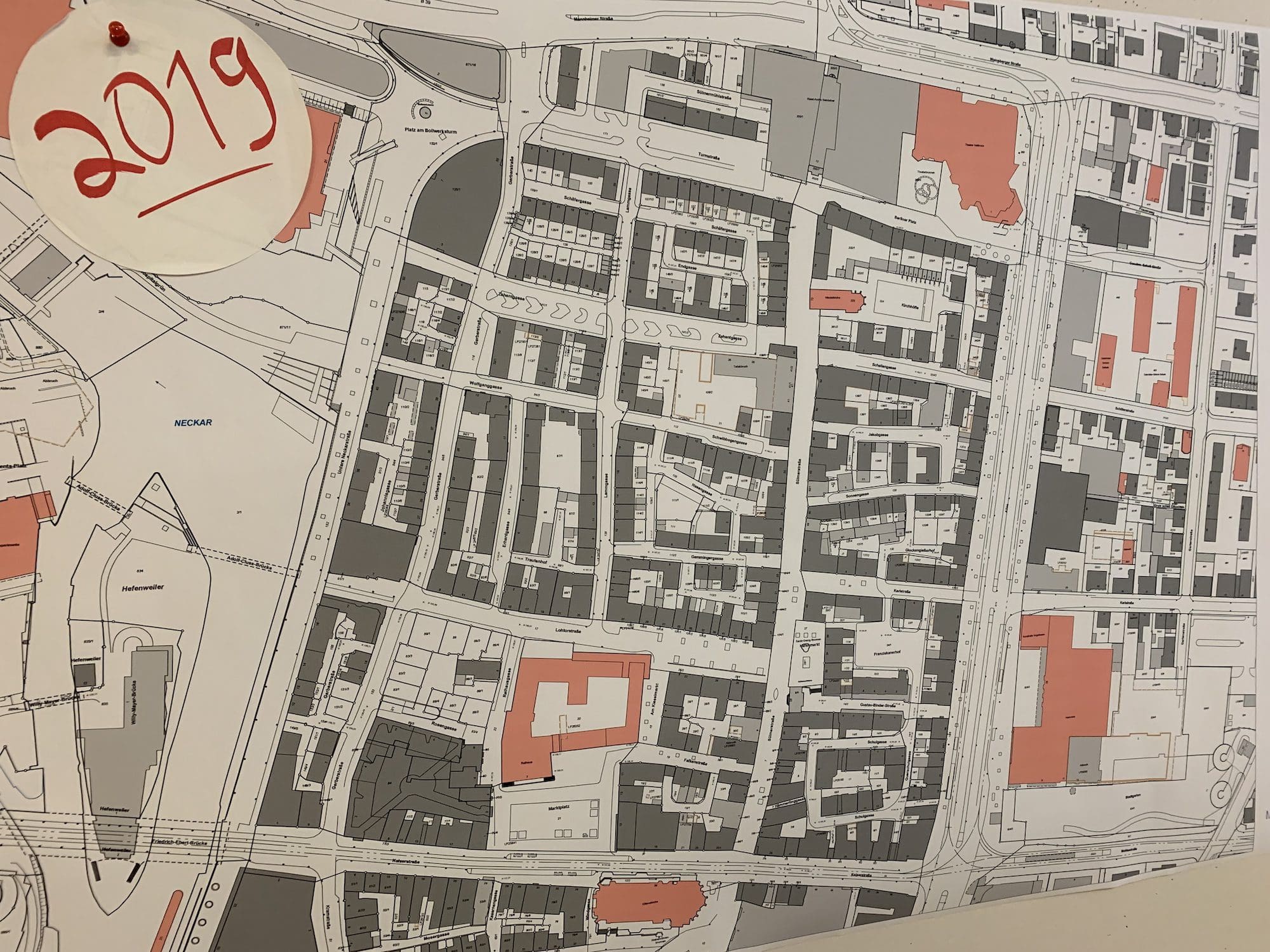 Informative presentation of the update of the master plan from 2008. According to the speaker Markus Wagner Citizen involvement, including online participation, was a key aspect in creating the new master plan.

As a resident of Heilbronn, who grew up around Berliner Platz, it was exciting to hear that on the one hand the number of visitors there had fallen by 9,6 percentage points in recent years and on the other that the area around Fleiner Strasse was more of a shopping magnet in the city centre should be exposed.

I found the information that 69% were in favor of more green spaces and parks in the city center not surprising.

In my opinion, it is a very positive development that the city's decision-makers now see the city center as a "meeting place for people" and a multifunctional space.

I also very much welcome the fact that Lohtorstrasse and Turmstrasse are to be better developed as new west-east axes; Incidentally, this has been a wish of many residents for several decades - including me. I like to remind you of the old intention of making it possible to experience the Pfühlbach again on Turmstraße, and the “trickle” that was realized on Lohtorstraße for this purpose.

I also found it interesting that they want to develop and implement a lighting concept for the entire city center as quickly as possible. I'm already looking forward to the first suggestions.

You can update the new master plan for the city center right away Download as a PDF document via this hyperlink.