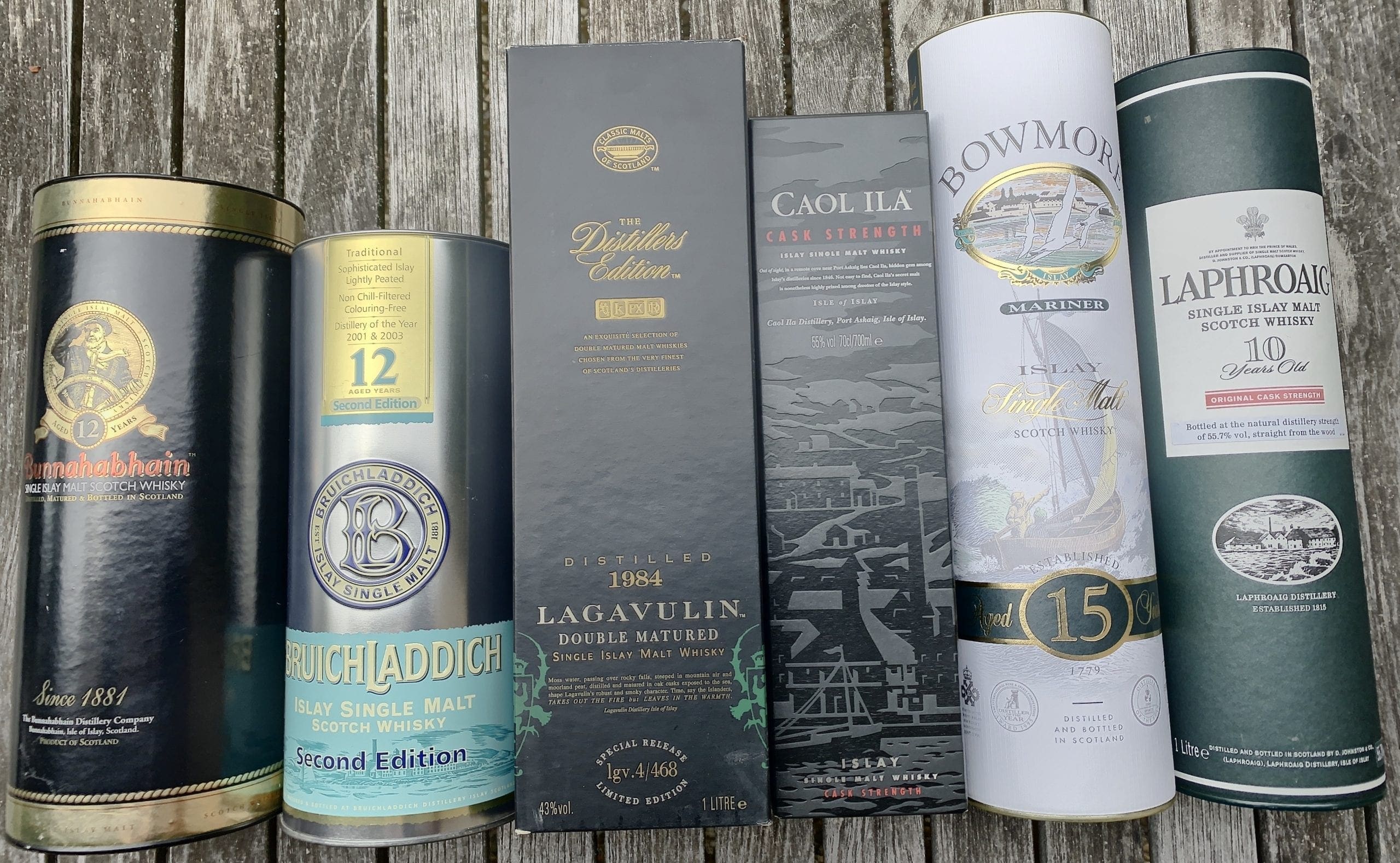 A good 15 other distilleries, which have since been closed, are known on Islay and it is said that up to 23 distilleries were active at the same time when whiskey was drunk. The Port Ellen, which I once loved to drink, is due to start production again this year after it closed in 1983. The biggest problem with this is that the stills (still) were destroyed at the time, but they are probably the most important as the actual "soul" of a single malt. So the future Port Ellen will definitely be a good single malt, but certainly a completely different one than the old Port Ellen.

Islay whiskey is described as "particularly strong" and is also perceived by many as "strong" - regardless of whether the single malt has strong smoke or peat aromas. Islay still benefits from its large peat deposits, which are often used in the production of the single malt. The peat aroma is a typical feature of many Islay malts and probably one of the reasons why I have enjoyed drinking this whiskey for years.

In the first step of whiskey production, malting, the resulting green malt is then kilned, which means that germination is stopped with heat. This is done in kilns, where the malt is dried with both hot air and hot smoke. In the peat-fired kilns, the smoke infuses the green malt. The peat gives off flavors to the fresh malt via the smoke. The phenol content in the smoke shows how heavily the malt was smoked during kilning, ranging from completely unpeated to very heavily peated fire, which is particularly evident in Islay Malt.

After the malting comes the crushing, mashing, fermentation, burning (distillation) and storage. A good 12 years later, a single malt will be available for purchase if you have not already purchased a cask share.

One thought on "Islay malt"