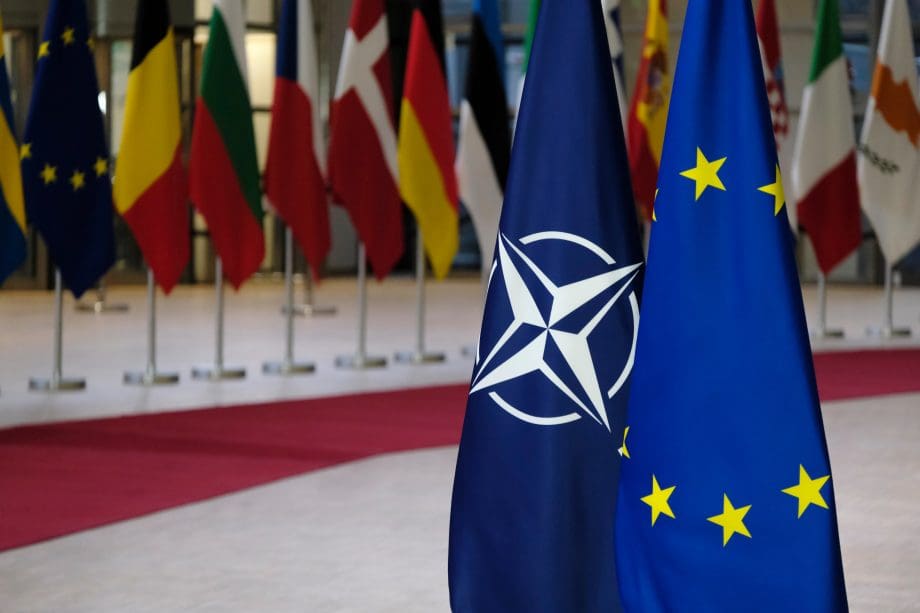 I have been dealing with European defense and security policy for decades and have acquired undisputed expertise in the process. For years I have been commenting on this - usually very pointedly - and denouncing, unfortunately in vain, the shortcomings and serious undesirable developments that already showed the first fatal deficits in the mid-1980s. To date — thanks to the fairy tale of the peace dividend — the situation has only gotten worse and this is now the case in (almost) all European member states of the EU.

In the last few years I have been able to write one or the other thesis paper within the EUROPA-UNION and also transport it to our European level as association resolutions, only to have to watch how these resolutions are repeatedly and contrary to our very own association idea and purpose by ours Professional politicians were "collected" and neatly stowed away in drawers. In the meantime, I have come to the conclusion that professional politicians are only active in the voluntary associations to get rid of uncomfortable questions and demands from the citizenry.

And so I withdrew more and more from the discussion and only occasionally comment on security and defense policy issues or still give corresponding lectures on request, such as the one about “armament policy versus arms trade” in the near future.

That's why I'm all the happier today that there are still real experts who continue to denounce the existing shortcomings and try to make their voices heard in big politics. And this is also the reason for this post, because today John Marsia, the President of the European Society for Defense, on the occasion of the war in Ukraine, wrote a letter to some heads of government whom he believes are still receptive to expert advice and are not just living in their very own cloud cuckoo homes. Wladimir Putin should show us all clearly what happens when politicians start believing in their own lies!

I make his letter available for reading here, even though I don't share his statements on NATO myself. In my opinion is John Marsia still a prisoner of his national origin and scores accordingly. But his statements about the EU are undisputed!

I will go into this in more detail in my own presentation on armaments policy and reiterate that we will continue to be able to preserve our democracies only as part of a NATO alliance.

Interestingly, I start my presentation there, where Oliver Durst finished his lecture on the future of European space travel.

The European rapid reaction force of 5.000 soldiers proposed by Josip Borrell could do nothing against Putin's army: if there are 27 states commanding, deciding or coordinating, this force will not be an armed force.

The chaotic disengagement from Afghanistan has shown that NATO, ie the United States of America (USA), cannot protect us. The latter did not win the Korean War in 1953, lost the Vietnam War in 1975, and were expelled from Iran in 1979. In 2003 they destroyed Iraq's army, but today Iran's allies are in power there. In the Levant, Russia was more successful in the fight against IS than the United States, which is hardly active in the Sahel and Central Africa. For 20 years, the United States and NATO have failed to defeat al-Qaeda and the Taliban in Afghanistan. Europe failed in the former Yugoslavia and in the Sahel.

The $356 billion that European nations spent on defense in 2019, according to SIPRI — half the US defense budget — has produced only 5 to 6 percent of their military capabilities. Today only about 20.000 of Europe's 1.500.000 soldiers seem operational, but our ammunition stores are empty. The European armies deploy 178 types of weapon systems, the VSA 30. They have one tank model, we have 19. The same applies to armored vehicles, aircraft and ships. Interoperability in Europe is limited, tempting to buy American and reducing European gross domestic product.

So far, the 27 EU member states do not seem willing to federate, although a European defence, that of the United States of Europe (USA), is rapidly increasing the efficiency of our defense spending, providing the military capabilities necessary for our security and defence, the make European diplomacy credible and would provide €50 billion a year for re-armament and research and development. The VSE would unify the defense goods and services market and pursue an innovative defense industrial policy. The economies of scale in the defense industrial and technological base would be significant; they would make equipment replacement cheaper.

Given the situation in Ukraine and more broadly on Europe's eastern and southern borders, I propose that you, together with some of the Bucharest Nine, form a first, viable core of a federal Europe to protect democratic Europe and its decline stop it by convening a constituent assembly and passing a federal constitution. This would transfer part of the foreign relations, security and defense to the VSE member states. Then the founding core would be expanded, as happened with the Schengen and € zones.

The international non-profit association under Belgian law, the "European Society for Defense" (S€D), of which I am the President, brings together European citizens and personalities (see p https://www.seurod.eu/comite_d_honneur.html), who do not hesitate to give their time and resources to revitalize political and defense Europe. My CV is on the page https://www.seurod.eu/files/cv_jean_marsia_2021_04_13.pdf.

I am happy to travel to Bucharest to give you more information.

Josip Juratovic: A pro-European course is the best option for the Western Balkans!