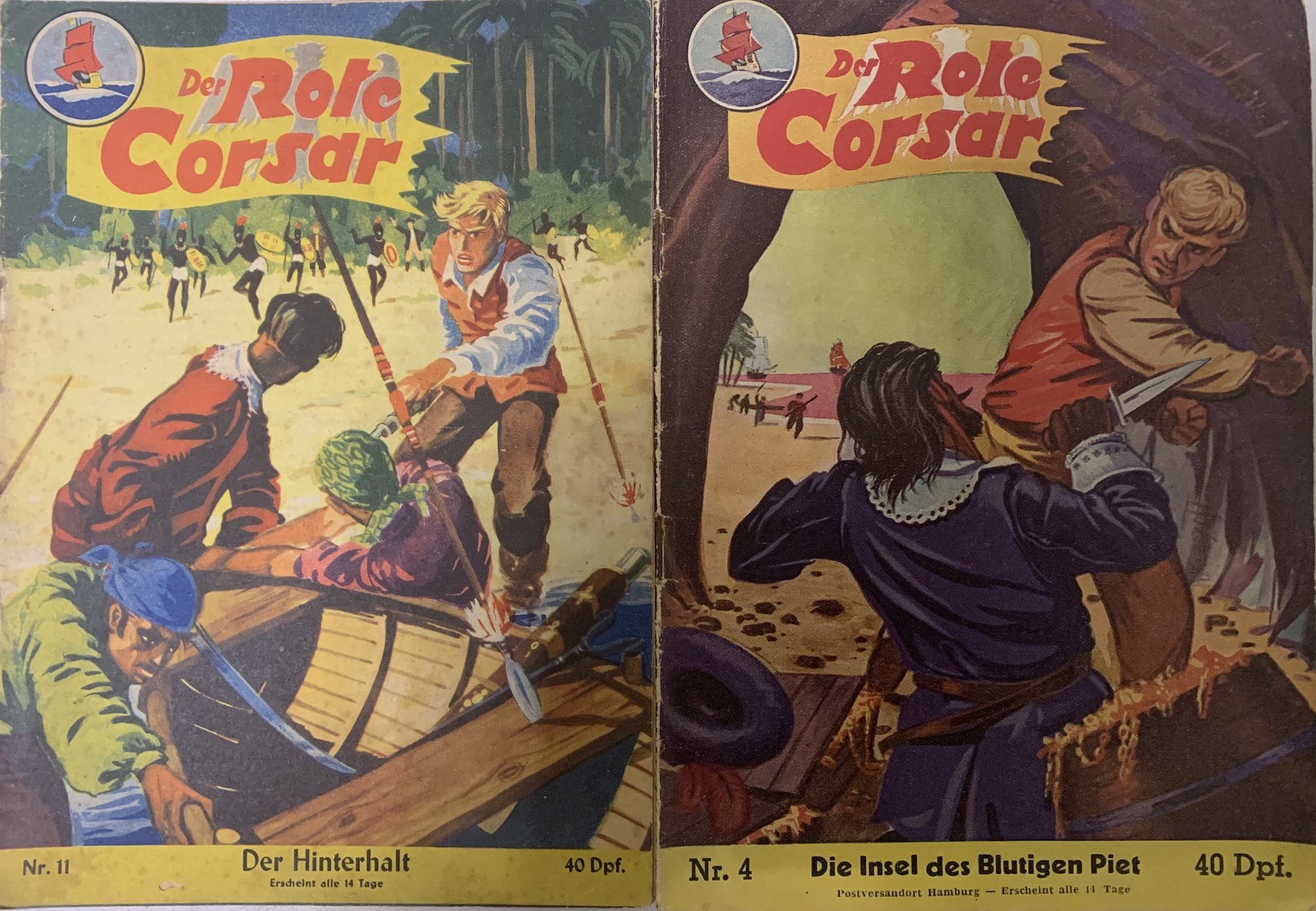 When I recently got back to talking about comics with an acquaintance — by the way, he's still a comic book today Donaldist — I immediately googled something, which is particularly easy if you conduct your conversations over the Internet, and I came across the comic series "der rote Korsar", which appeared between 1959 and 2004, and the original "Barbe called blush. This, in turn, brought to mind the series of novels “Der Rote Corsar” (The Red Corsair), which my father and I both read when we were young. This series of novels was created by Hans Killian and was published in 1951 and 1952 in two parts with a total of 40 issues.

Since I only found the first part, which consists of 25 booklets, when I was young, the end of the novel is completely unknown to me to this day.

The story of the Red Corsair begins around 1677 and is essentially based on the description of the ships and the life of various pirate gangs. Kilian drew on stories and tales from old books, which gives the whole thing a historical touch.

Two young Germans, Hans and Michel, are the protagonists of the novel series, who free themselves from the clutches of pirates and take up the fight against piracy with their own ship.

At least the first issues are still worth reading today and those who have read the second part will also find it very exciting and the ending even successful.

To make you even more curious, here are the titles of the first 25 volumes:

Each volume is provided with a colorful title picture and has other black and white drawings. Also included are the Seaman's Tongue Dictionary and a guide to building a seaworthy model of the Red Corsair, as well as the "Hein and Bloody Jack" comics at the end of some volumes.

After further Googling, I also found the titles of the last volumes of the 2nd part, which also promise exciting stories:

All 40 volumes cost 40 pfennigs each when they were published, around 20 cents. I'm just considering whether I should start looking for the volumes of the 2nd part in order to finally find out for myself how this series of novels ends. In any case, it would be exciting to find out if you can get those volumes together today — which can also be a good pastime in these COVID-19 times.