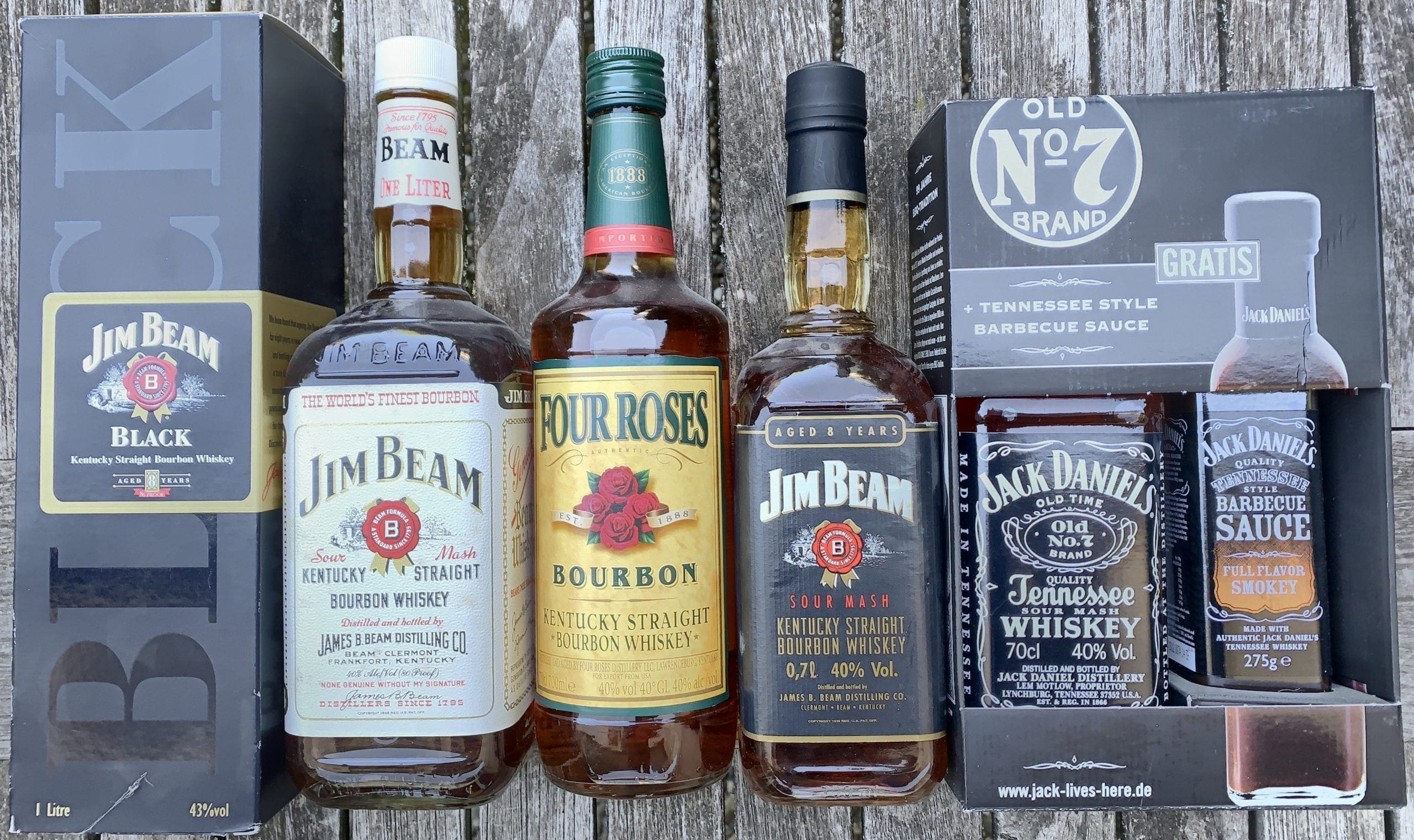 Since I already have the first boyfriend Johnnie Walker reported, now is the time, also the other two friends Jack Daniel's and Jim Beam to bring to mind. In contrast to the former, these are pure bourbon, although Jack has recently claimed that they are also pure Tennessee whiskey.

Since I grew up in a US garrison town and also have Americans in my family, the bourbon must have been the first whiskey I drank myself. The best known are still the two aforementioned Jack Daniel's and Jim Beam, with Jack also claiming to be the best-selling bourbon.

A very good friend and neighbor of mine, who was an avid bourbon drinker in his lifetime, insisted that Four Roses tastes best because it is blended from a total of ten different Straight Bourbon. There are now different types of Four Roses, but I recommend sticking with the Yellow Label.

Probably due to the very impressive bottle sizes that Jim Beam has had from time to time over the years, and I could hardly find a pub or bar that doesn't have a Jim Beam, it's my most drunk bourbon, although but I also like to look at myself Maker's mark, which is probably the only bourbon to have adopted the Scottish spelling of whiskey, and the Wild Turkey remember.

What all bourbon have in common is that the whiskey is always stored in new and charred oak barrels, which also gives the bourbon a very specific taste. Scotch whiskey, on the other hand, uses used casks - including bourbon casks - which add other flavors to the whiskey, depending on the previous cask content.

In the meantime, Jim Beam in particular has a wide variety of variants and “flavors”, all of which are due to the new zeitgeist and are probably also intended to counteract the renewed departure from whiskey as a drink itself. I still recommend sticking with the original, and if you prefer a little more Jim Beam, go for the Jim Beam Black.

And Jack Daniel's has also recently followed this trend; therefore my recommendation, at Jack Daniel's Old No. 7, avoiding the apple and honey flavors and similar creations as much as possible and trying at most a single barrel brand from Jack Daniel's.

And if you want to specialize in bourbon, then follow Fred's old advice and enjoy the Yellow Label from Four Roses, the taste from the time when the world was still in order in the USA.