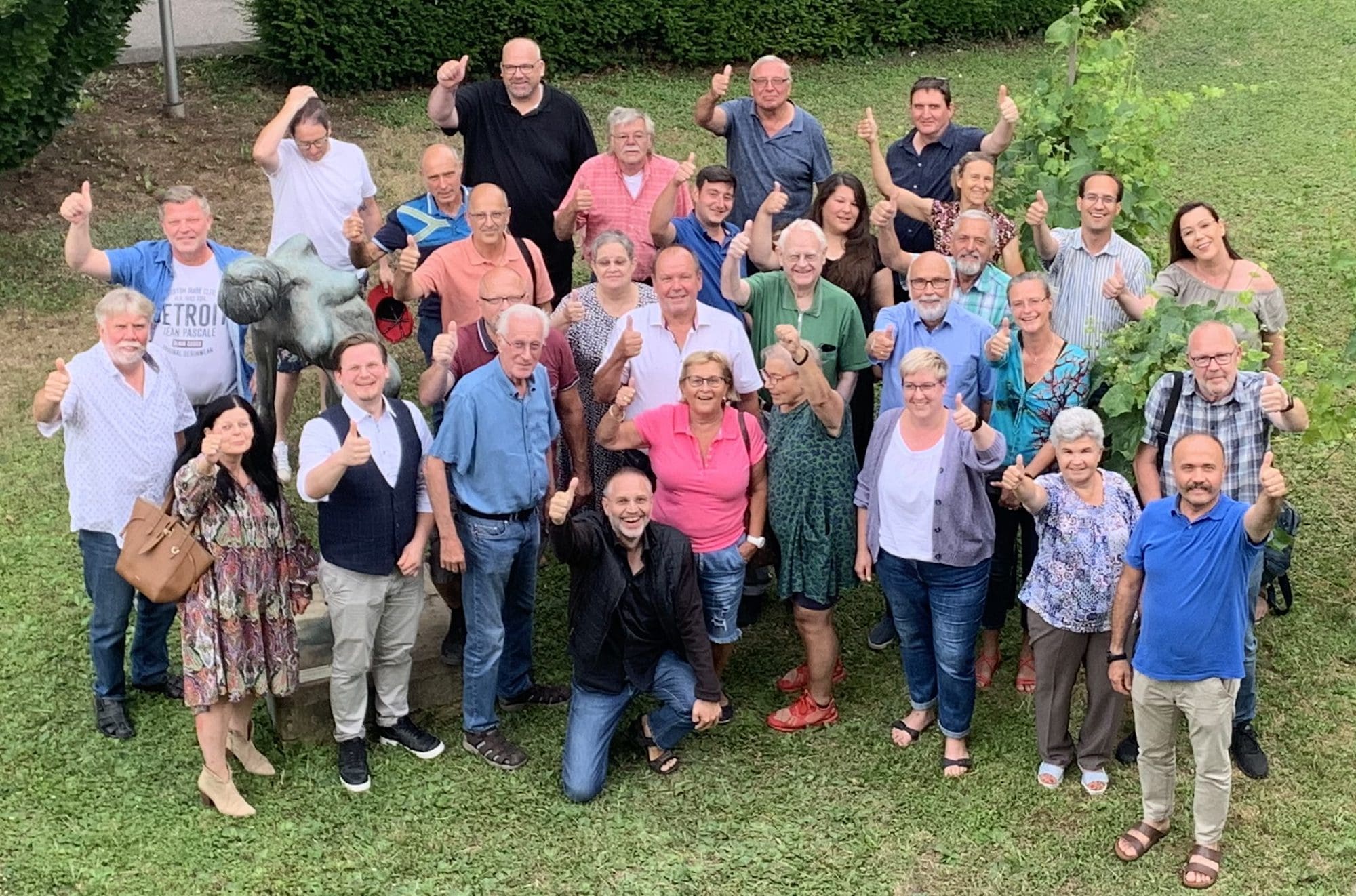 I recently mentioned that it is best to develop the necessary infrastructure before a planned city expansion. And so the annoyance about Paula-Fuchs-Allee, which some unteachable people are supposed to cripple into a Susanne-Bay dead-end, continues merrily. In addition, a few completely inexperienced people suggest getting the whole thing under control at some point and somehow at the expense of the port railway.

In the meantime, the city administration is happily planning ahead and expanding the infrastructure for soda trucks, because the port obviously only handles a few beer and wine crates with us. It also fits quite well that the Waterways and Shipping Authority is moving and no one really cares where it is going - I'm guessing to Mannheim or Stuttgart.

Without question, it is commendable that they want to establish oases of well-being everywhere in Heilbronn; I just reiterate that without a modern infrastructure, we're only going to create more pretty wastelands in the end.

So it has never been a good idea to develop the infrastructure around a train station or port exclusively for pensioners and a few cyclists. If you still want to earn money, you should make sure that all traffic can be processed as quickly as possible in and through a city. And for that, for better or for worse, you have to provide the necessary space.

And this is how the Paula-Fuchs-Allee should be routed under the port railway, and in such a way that the latter can also be further expanded in the future. Just like the Hafenstraße, which does not need another bottleneck in the form of a roundabout, which only pleases cyclists up to the soda truck.

At the second general meeting of the Free Voters this year, things went very harmoniously, which was perhaps also due to the fact that a few members had previously left our association.

I was also very pleased that almost all of my colleagues from the last few years were present, starting with Heiner Dorner, the two city councillors Herbert Burkhardt and Eugene Gall about the former club chairman Stefan Fiebig to other campaigners from the 2019 municipal council election campaign, such as B. Jens Petzold. And my better half didn't miss it either and became a member of the Free Voters - as a member, carrying posters in the future is simply more fun.

I had already said that I really liked the 2019 municipal council election campaign, even though I was there result achieved is reciprocally proportional was. And even then I let it be known that I would like to be part of the municipal election campaign in 2024.

So it made sense that when I was recently asked if I wasn't chairman of the Free Voters Heilbronn want to be, have promised. And in contrast to the municipal council election in 2019, I was even elected this time.

I already mentioned that writing helps you think — at least it helps me. And so I'm just looking back a little on the last, but very eventful days.

I don't mean the funny things happening around Boris Johnson, but the most recent events that I have had the privilege of being present in person. So I was very pleased that the Zettelstore of Detlef Stern continues to make progress, and this time even that its 0.5 version hasn't shipped yet — because I wouldn't have accommodated its release this week.

And so I'm not only looking forward to another conversation with Detlef Stern, but also on the implementation of his Zettelstore on one of my servers, which if it works the way I hope it will help me a lot with my thinking as well.

Yesterday's trip to Strasbourg was the first since the outbreak of the COVID-19 pandemic, so I was amazed at the progress Strasbourg has made with regard to its own "Neckar arc". A magnitude of urban development that unfortunately one can only dream of in Heilbronn. But this proves once again that you have to think and plan generously and very far-sightedly if you want to act “big city” — by the way, the right infrastructure, including new tram lines and cycle paths, was first ensured.

In any case, yesterday's trip was a complete success in every respect, also I could so quite incidentally a new green tea and a very old pu-erh tea and even chat a little with a Chinese tea ceremony master, so that we — highly motivated — will soon be offering another trip to Strasbourg for members of the EUROPA-UNION and interested fellow citizens.