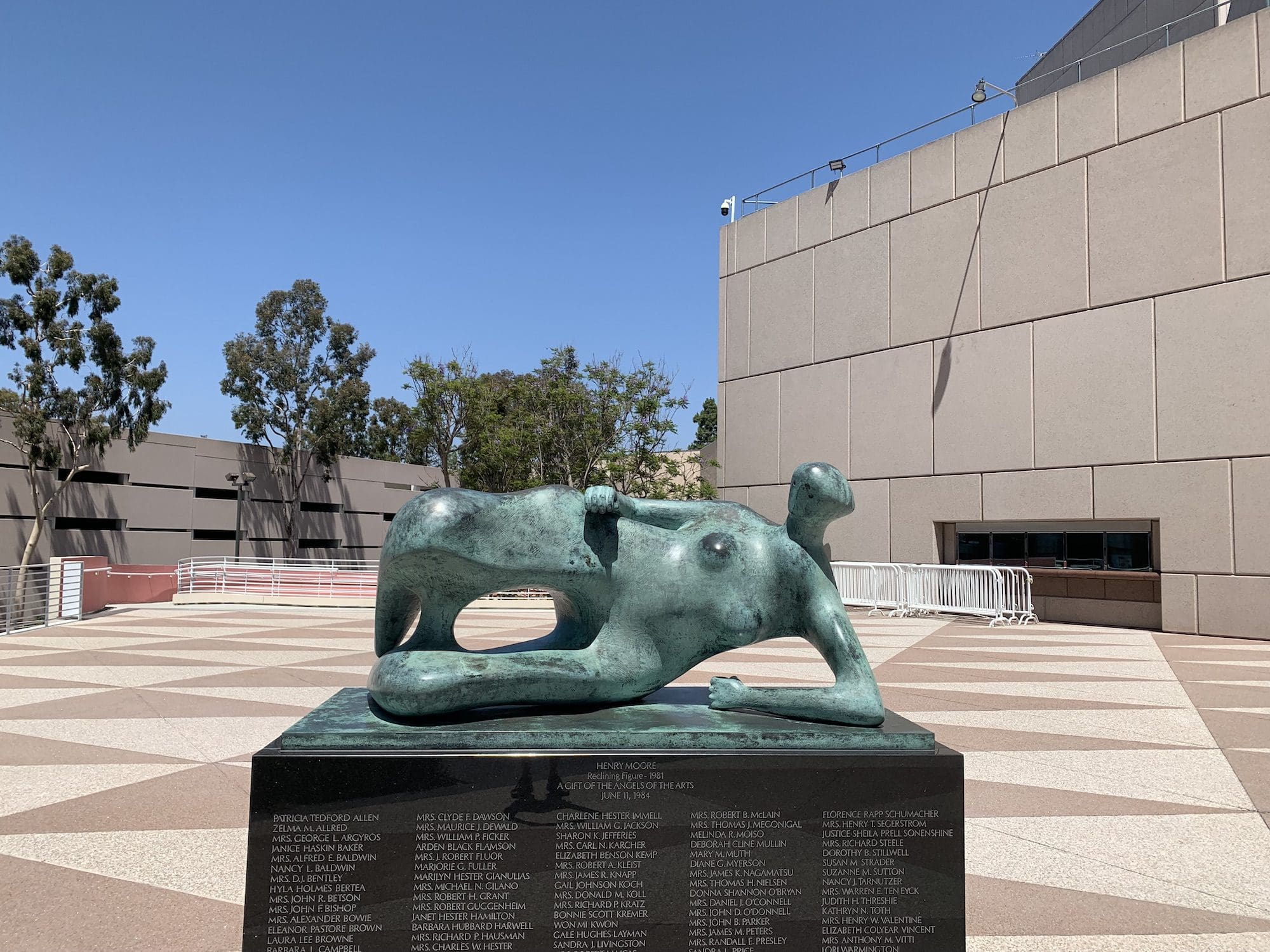 For almost forty years I have been leaving my footprints in the sand of one and the same beach; unfortunately I had to wait almost four years to be able to walk from pier to pier again today.

With the best weather today, I had to realize that it's not just me that has changed over the years, the decades have also left their mark on my favorite beach. And even the sea will not be the same anymore, only the endless horizon seems to be the same.

Since 1984 there has been - actually - a sculpture Henry Moores in front of the Segerstrom Center for the Arts in Costa Mesa. And since the late 1980s I have admired this work of art on my walks there.

This artwork was donated by the Angels of the Arts and is described as follows:

"Vital and mysterious, like the spirit embodied in Stonehenge, Moore's reclining female forms are universal shapes to which everyone is subconsciously conditioned to respond; simple, massive, deeply human figures are clearly represented in his 'Reclining Figure'."

And since a single sculpture might become a little boring over the decades, the South Coast Plaza has been given a "Arts District Sculpture Tour“ is added, so that the walks there can always come up with new surprises.

When a long day ends with games, then you have probably done everything right. Yesterday it was that time again, and the game Rummikub had our full attention. And since everyone wanted to win at least once, the whole thing took a little longer again.

If you don't know Rummikub, you probably know the Rummy card game, a card game in which you play two complete French decks of 52 cards each and several "jokers". needed; these can represent any card of any suit. Rummy comes in different versions.

Ephraim Hertzano, who liked to play rummy himself, developed the game Rummikub back in the 1930s and 1940s. But it wasn't until the 1960s that interest in Rummikub slowly increased, reaching its peak in 1977 in the United States, when it became the best-selling game of the year there. And in 1980 it won Game of the Year.

The only thing that might bother me a bit about the game is that the tile tray has three rows, but the game has four colors.