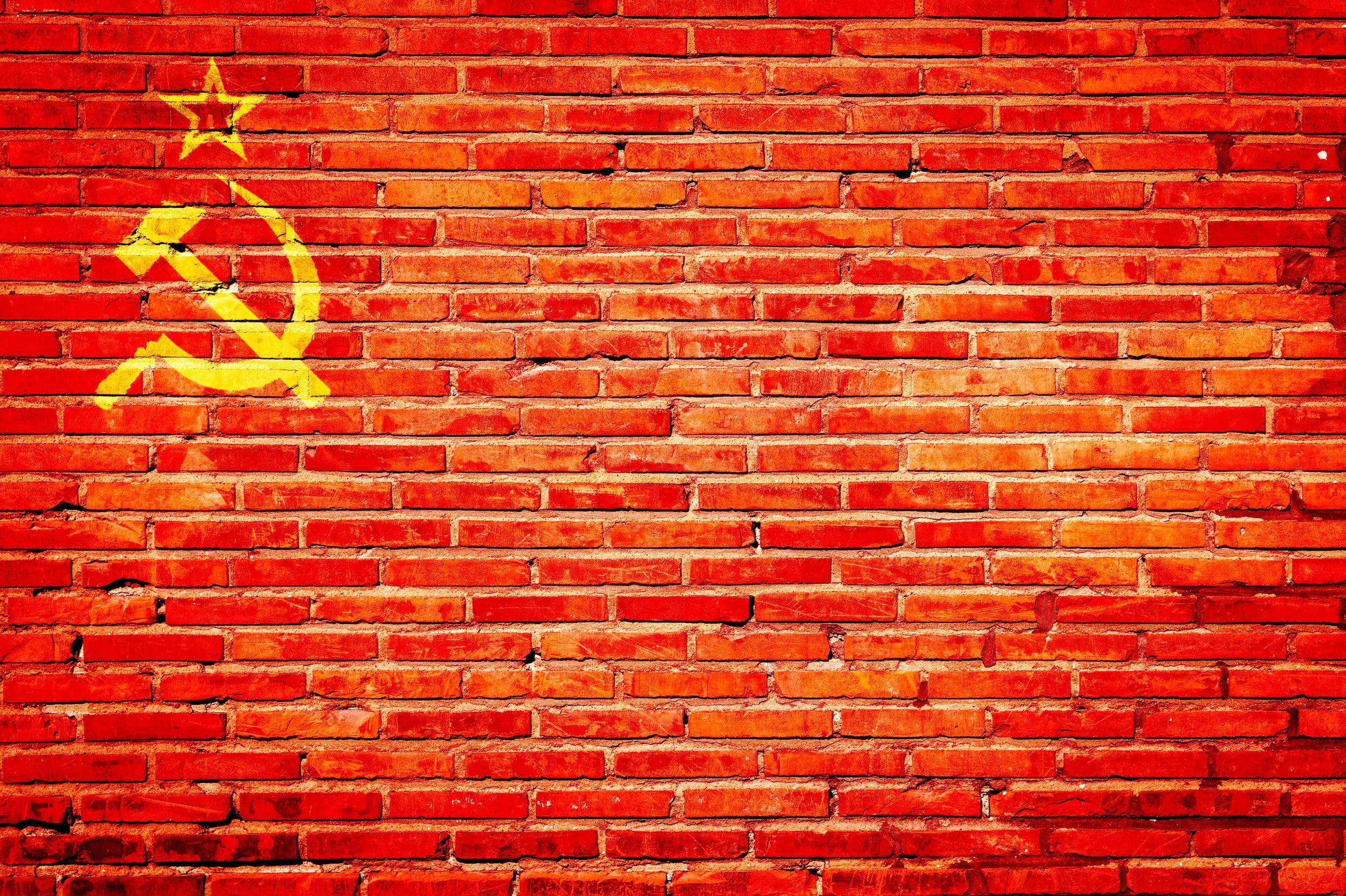 When I was young, I very much regretted the way the Heilbronner voice made fun of weaker people, and I still regret today how the Heilbronner voice has been badmouthing the northern core city for decades, but I still chalk this up simply to diversity of opinion. And even if I personally come off badly, I take it as a sport.

Because we can be happy that we still own daily newspaper in Heilbronn to have. Some of my readers speak of the Monopolblatt, and I have so far tended to ignore the statements of members of some Heilbronn parties, statements that complain about at least tendentious reporting by the Heilbronn voice.

I didn't pay too much attention to these statements because I myself can't complain about the reporting on the EUROPA-UNION Heilbronn. And here I have to admit today that this was a big mistake!

“When the Nazis got the communists, I kept quiet; I wasn't a communist.

When they fetched the Jews, I kept quiet, I wasn't a Jew.

When they took me there was no one left to protest.”

In the meantime, I have taken on responsibility for the Free Voters in Heilbronn and am therefore involved in local politics myself. That's why I also got back the meine.stimme account of the Freie Wahler when it was no longer accessible to our association due to a very unpleasant action by former Freie Wahler — my readers might remember that.

And so I have been writing for the Free Voters since July 8, 2022, eight posts so far, under the “Free Voters” account, which has been around since December 10, 2017 and to which my predecessors in office posted a total of 25 articles — and always under the name of Free Voters!

In the meantime, however, we Free Voters are in an existential legal dispute before the Heilbronn Regional Court, in which we have sued those former members who stole our name "Free Voters". I have already written several times here in the weblog why this is so, including here.

This ugly process and now even a legal dispute has been commented on by the Heilbronner Voice - sometimes also irrelevant - but their editors had at least officially not taken action on either side of this current legal dispute before the Heilbronn Regional Court.

And so you can imagine my great astonishment when a member of the Free Voters asked me today how I only and especially in this extremely difficult situation for our association changed our name from "Free Voters" to "Free Voters' Association Heilbronn” could change? This would be an arbitrary act by the club chairman, to which he is legally and morally not authorized! — I totally agree with this club member!

A look at meine.stimme showed that those responsible there changed our account name independently without consultation, without permission and without any prior warning.

In an ongoing court case, the Heilbronn voice has thus taken the side of perhaps seven former members of the Free Voters, who stole our name in a night and foggy operation. You just have to let it melt in your mouth again: seven members resign from our association of about 60 members overnight and then claim that they are the Free Voters in Heilbronn! This is not only an absolute impertinence, but has already not only caused us material damage of an existentially threatening amount, but has also caused the greatest possible damage to the club as a whole.

With that, the voice of Heilbronn hits us free voters in a way that even the other parties and groups of voters in Heilbronn cannot (yet) imagine!

For me, not only as a very loyal reader of the Heilbronn Voice, but especially as a multiple and always honorary — ergo: completely free (!) — supplier of newspaper articles, this must now leave its mark!

Where else does the Heilbronner voice simply change things without being asked and completely illegally? Will the content of volunteer authors simply be changed in the same way - and maybe even afterwards? Do we volunteer writers run the risk of being held liable for things we didn't write ourselves?

And what's even worse is the Heilbronner Voice still the non-partisan newspaper that it claimed when it was founded to be “liberal, progressive and non-partisan”? And who is still contributing to the most objective possible opinion formation in Heilbronn?

An objective, professional and non-partisan as well as non-denominational journalism certainly no longer!

Since I did not get an answer to my official request from the Heilbronner Voice, I have now reset the free voter account to the original name. The problem remains, however, that people who are completely unknown to me can and do change names and content there without me having any influence.

If it were my private account, I would have deleted it long ago. But as it is, I have to expose myself to the risk of unknown people posting things in my name that could cause great damage to the Free Voters, but also to me.

The editor in charge got in touch today Katja Bernecker phoned me and confirmed that the voice of Heilbronn would not have changed this after consultation with other people, but not with us.

The Heilbronnerstimme now insists - and this after several decades - that we have to be called in the Heilbronnerstimme as we are officially registered as an association: Freie Wahlervereinigung Heilbronn. And we will only be able to change this if we submit a judicial decision to the Heilbronn voice. I was granted a small victory after all: our account is now called: Free Voters – FWV.

Irrespective of this, this does not solve the problem that the Heilbronner Voice manipulates and changes user accounts and perhaps also newspaper reports according to its own taste. Welcome to the brave new world!

As we know today, our mayor and parts of the municipal council in 2019 prematurely celebrated the Russian victory over Ukraine with a new town twinning. Novorossiysk is a city that was particularly important for the occupation of Crimea. And so it was not surprising that the mayor and Heilbronn city councilors - some of them certainly completely inexperienced - had themselves martially photographed in front of warships together with sailors from the victorious Russian fleet.

When this year the murder and slaughter of Ukrainians not only continued, but even reached completely new standards, other people from Heilbronn besides me questioned this new twin town and then “the new friends” of the mayor fully backed it Vladimir Putin and the ongoing genocide, this unspeakable and, by the way, completely anti-democratic partnership was not ended, as desired by many Heilbronners (partnerships with democratic cities were vehemently rejected by the OB!), but was diplomatically put on hold. After all, the Russian Federation could still emerge victorious from this war, and it's simply better to celebrate with winners.

If you still think about how the anniversary of the withdrawal of the Pershings (US American protective shield) was recently celebrated in the town hall and in some Heilbronn parties, then you should perhaps point out that Novorossiysk has just continued to become a Russian underground Boat base will be expanded, which will make it easier for Russian nuclear submarines, among other things, to bring death and ruin to Heilbronn - but in contrast to the US Americans, these are good nuclear missiles.

Start of the week

Yesterday I started the week again with the meseno bus and was happy about one or the other construction progress that I was able to observe on the way. It also gave me the opportunity to continue to think about the course of the 6th Hertenstein Talks.

Back in Heilbronn, I also talked to a few participants about their experiences. I also received other useful tips from one or the other participant. As soon as I have all the minutes, we will continue with the evaluation and start planning the 7th Hertenstein Talks.

At the end of the day there was a meeting with Detlef Stern regarding the current version his note store, which we were able to implement immediately for my Zettelkasten; In addition to an RSS function, I not only like the new research option, but also the new integration of external files.

And so I'm now curious to see how I'll cope with the new possibilities of the Zettelkasten? In any case, I'm now thinking again about whether and how I can link the RSS function of the Zettelkasten to this weblog, e.g. B. to create a nanoblog, because I already have a microblog.